In 1994, Earthworm Jim raised the bar for comedy in gaming. There was plenty of funny stuff in gaming, especially on PC, but on consoles it wasn’t so prevalent — and you certainly didn’t have games poking fun at gaming conventions. It was one of the biggest releases of the year and one of the finest 16-bit action-platformers ever. Today, I Am 8-Bit announced a 25th anniversary edition of the game that bundles it with the second entry as well. There will be only 2,000 copies made and 1 in 20 cartridges will get a cow print design to go with its $135 price tag.

All boxes will be fold-out foil and glossy and includes a high-quality booklet with a foreword. The default cart color is pink, which is just plain odd and doesn’t fit any part of the game’s design beyond Jim as a worm being pink and that’s about it. The label trim for both the cart and box art are gold, at least in their current form, and a gold design would fit the cart far better than pink does. Either way, it’s exciting to see that the series will be resurrected in some form — and on classic hardware to boot. Most companies releasing modern carts also do what they can to make sure they’ll run on clone consoles — but I wouldn’t count on anything but original hardware given how iffy the results have been trying to make them work on every clone console out there. 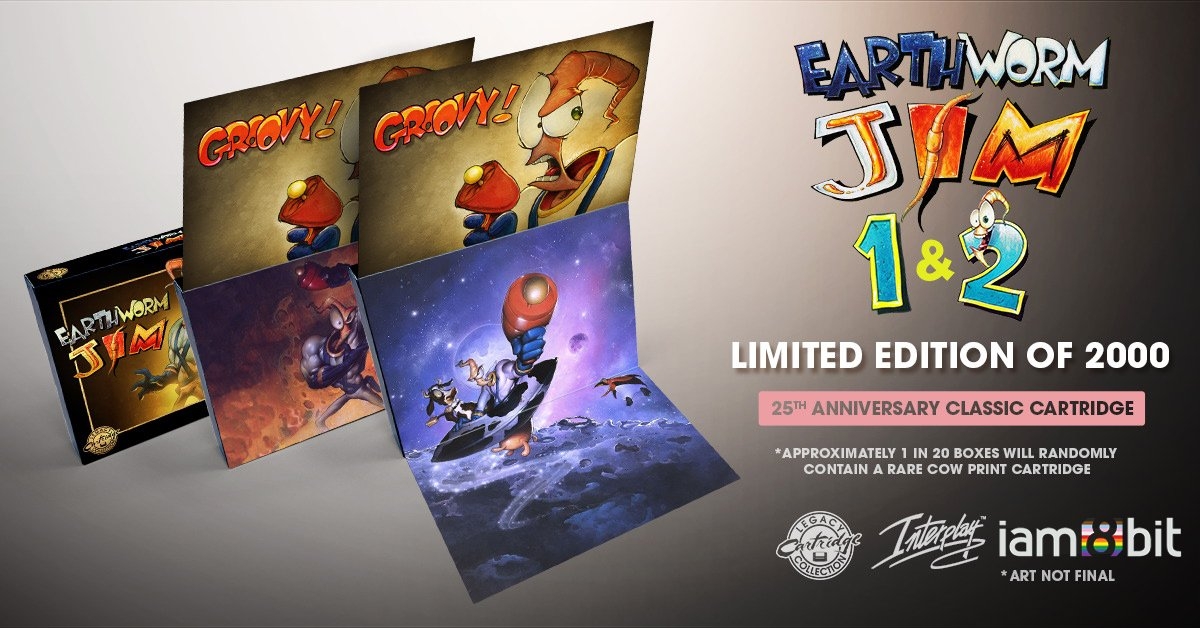