Whenever feasible, Hardcore Gamer strives to have our reviews posted as soon as a game launches so our readers have information about the games they are interested in right away. However, with a game the size and scope of Divinity: Original Sin II if a review were to be written after playing just a few hours of the retail version it would be a disservice to our readers and show no respect to the amount of work the development team put into creating it. Hardcore Gamer will post a proper review in the very near future, but only after a sufficient amount of time has been spent exploring all the facets of what Divinity: Original Sin II has to offer.

We can however share our initial impressions of our brief time with the retail version. The full roster of six origin characters are now available, but the player is free to also create their own unique character from the races of human, elf, dwarf, lizard and the undead versions of each of those. Regardless of whether a player chooses an origin character or wish to create their own, there are a variety of classes to choose from and skills to select, meaning even if an origin character is selected there is some freedom to customize and not be stuck with a specific play style if they find a certain character interesting. Lohse was the most intriguing character in the Early Access build, but for starting fresh with the retail version I decided to go with bony old Fane and made him a conjurer. 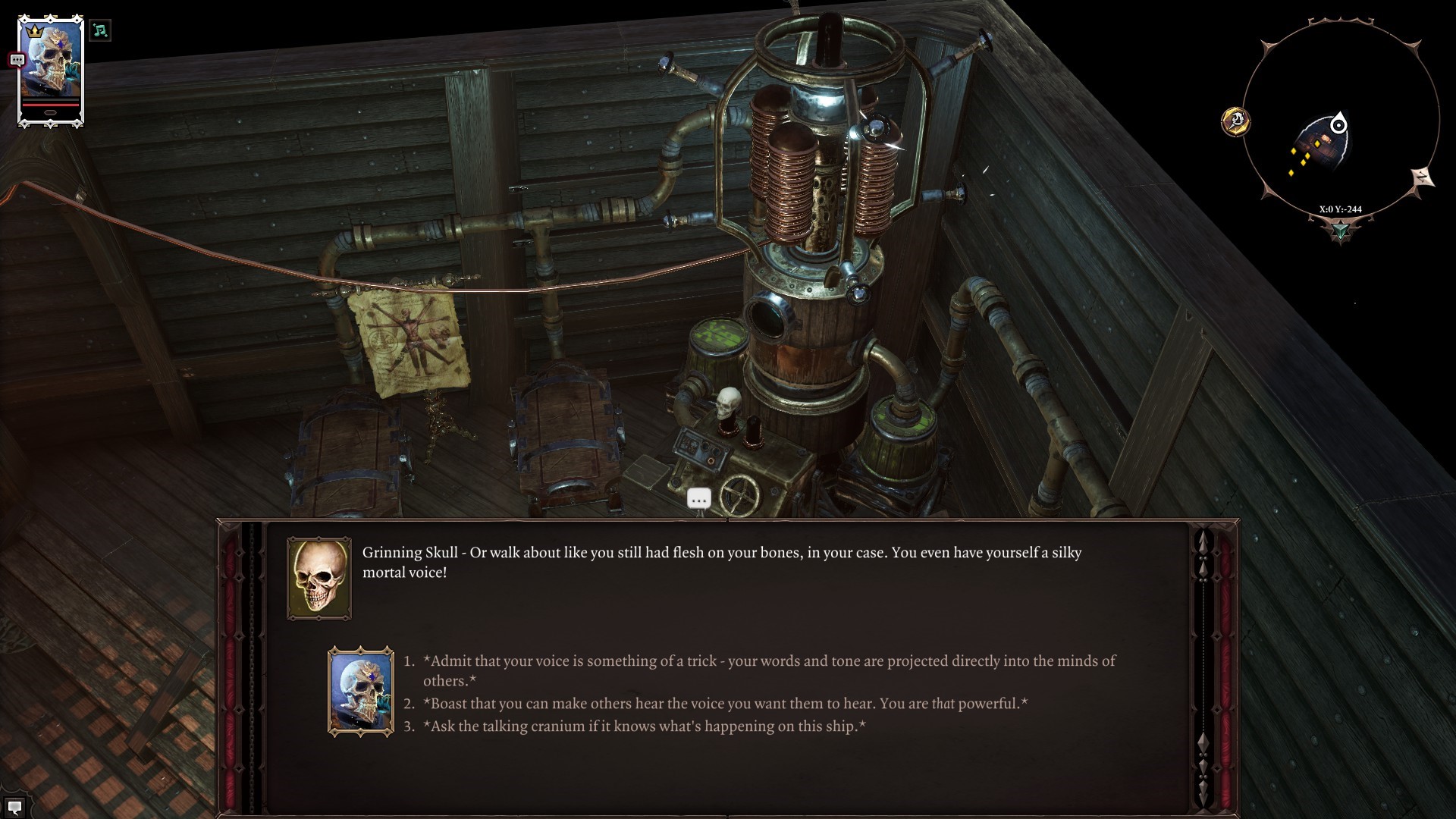 After watching the introductory cinematic Fane found himself on a ship headed to Fort Joy, a place that is definitely joy in name only. Naturally, Fane is imprisoned with one of those blasted collars they put on the necks of all sourcerers. Fane is fortunate enough to begin with a human face disguise since people tend to get a little uncomfortable and hostile when someone with no skin talks to them, but this time Fane is on the other end of the fleshless skull speaking encounter and seems rather confused but overall calm with the random skull chatting him up. I guess since he has no flesh he can’t be too judgmental, even though Fane at least has what appears to be a complete skeleton and not just a dismembered skull.

Once we are done talking to the Yorick impersonator, we get into the mode where multiple save files seem like a good idea. Divinity: Original Sin II gives the player pretty much unbridled freedom. It is the only RPG I am aware of where every single NPC can be killed by the player and the player will still be able to complete the game. Several games come to mind where the vast majority of NPCs can be killed, but there’s usually at least a couple that are death proof. Besides the simple to kill or not to kill conundrum, there are several different paths to take in the conversation trees and player’s decisions when the boat ride comes to an end might have a significant impact on which NPCs can be recruited. The best thing about all these choices is that when the idea popped in my head about playing the same sequence several times to get different outcomes is this actually sounded fun and not like a chore.

The few hours with the complete version have been extremely enjoyable. There is a ridiculous amount of character freedom, and this freedom exists in a meticulously crafted world where the game play is fun enough where wanting to play a sequence again and trying to change the outcome of it is a real temptation. The story touches on themes of persecution and shows signs that the Spanish Inquisition or Salem Witch Trials may have played a role in influencing the story, though any influence these historical events may have had in the story were just the basic concepts as the writers have crafted their own unique tale. The turn based battle system is complex but also intuitive, so even when I was still figuring out the finer points of combat I felt confident I knew what I was doing. 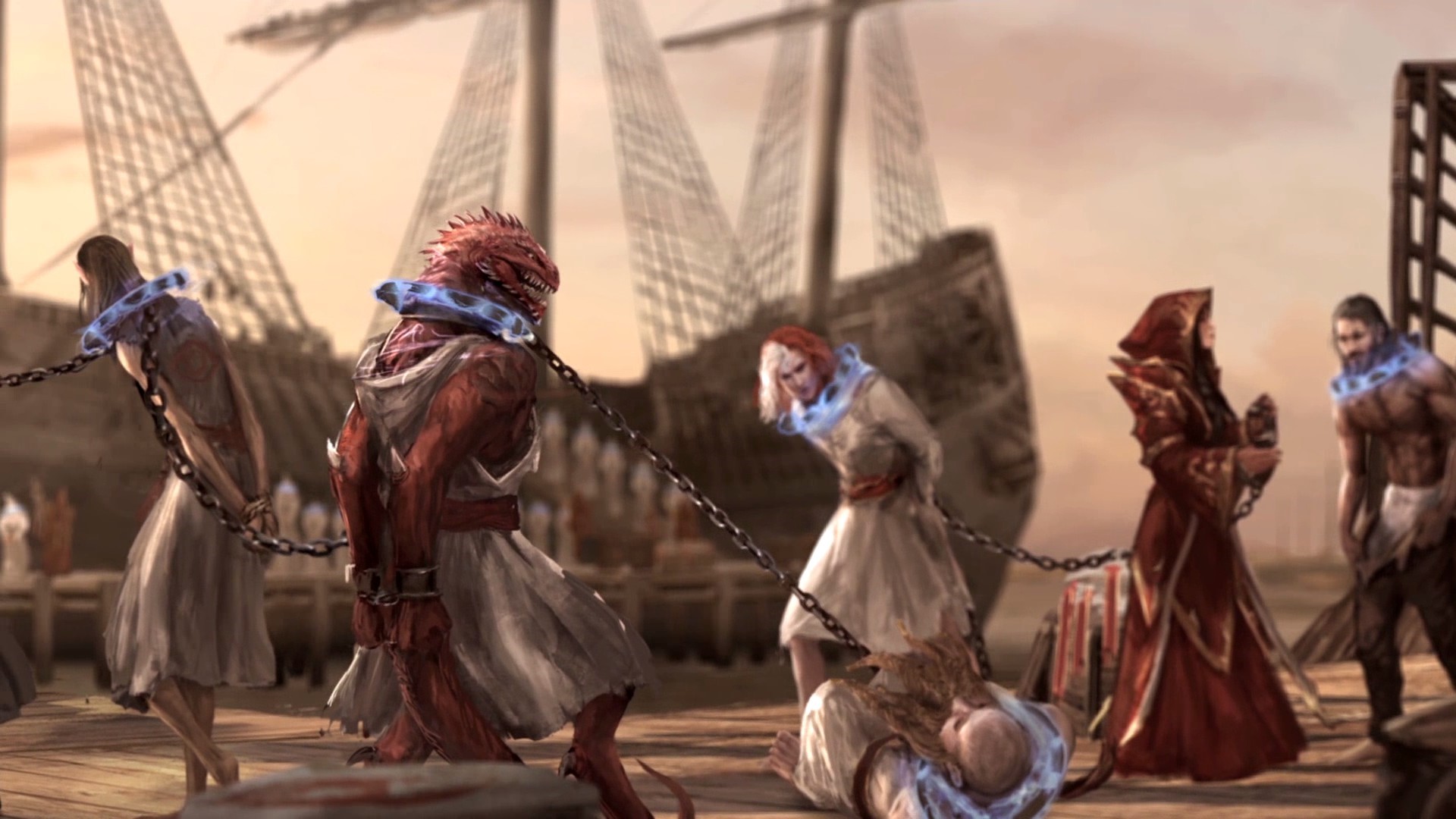 Stay tuned to Hardcore Gamer for the full review of Divinity: Original Sin II where we will provide much more information and feedback about this title. In the meantime, our initial impression is Divinity: Original Sin II shows a lot of promise. The early portion of the game was very enjoyable and with the amount of freedom given to the player allows them to truly experience the game any way they want to. It’s too early to call it, since some games start weak and become excellent while others can start strong and fizzle out, but if the first few hours are any indication of what the whole game is like we will have a very high quality title on our hands.