Today, ProWrestlingTees announced that they will be teaming with Capcom and All Elite Wrestling’s Kenny Omega to release Omega Edition Capcom Cup shirts. The logos all use the Street Fighter II Champion Edition logo with Omega Edition replacing Champion Edition on the logo and Capcom Cup replacing what would normally be Street Fighter. The shirts will be available for a limited time starting on April 6. The shirts will come in black, grey or blue, with the blue shirt being particularly striking. With red, white and blue each being prominent colors on the shirt alongside yellow, it’s a bit surprising to see those not offered up too. The blue shirt looks fantastic and pops, standing out compared to a lot of wrestling-themed shirts, and continues Kenny’s crossover appeal with gaming and wrestling.

Kenny’s love of gaming has bled into his moveset with moves like the V Trigger, and things like the NJPW x CEO show two years ago and AEW teaming with CEO this past year for Fyter Fest. It’s also been used to further storylines, with Undertale creator Toby Fox creating videos in that style for Omega in both New Japan Pro Wrestling and AEW — with the latter showcasing his exit from the former company in a manner that had never been done before in wrestling. Omega himself has been featured in Fire Pro Wrestling World thanks to its NJPW DLC a couple of years ago and will certainly be featured in the first AEW game whenever that becomes a reality. 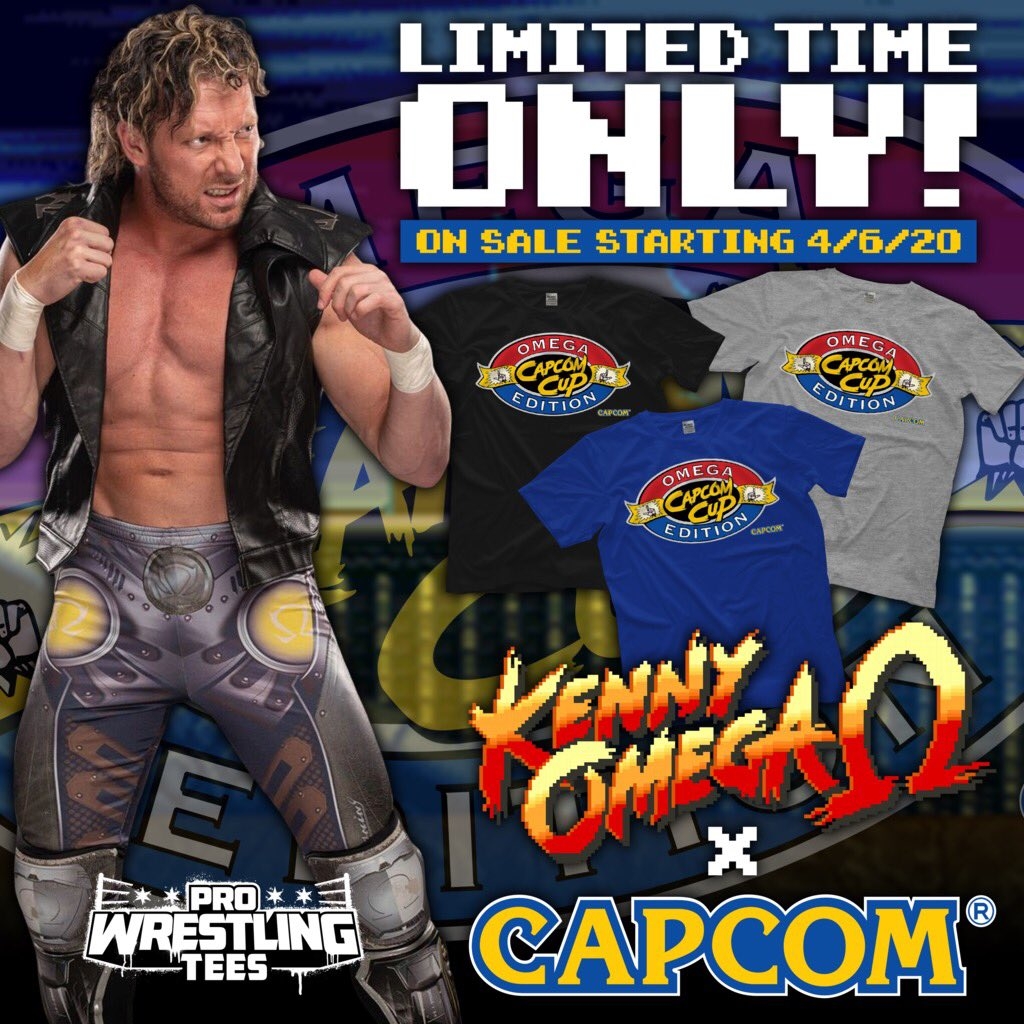