Kingdom Hearts fans can expand their collectible displays with one of its main characters, Kairi. She has played an integral role in the series ever since the beginning. Now, a Nendoroid of her is coming out based on the most recent installment, Kingdom Hearts III.

If you’ve played through the game you’ll recognize this figure sporting the pink and black sleeveless ensemble and pair of bracelets. There are three face plates including a standard, determined and smiling expression. Kairi’s Keyblade is shown wrapped in vines with floral details and a butterfly handle. There is Destiny’s Embrace, a paopu fruit and a sea salt ice cream added as accessories.

Pre-orders for the Nendoroid are open from May 20 to July 1. However, it is not available to own until December. Take a closer look at the adorable Kairi figure below. 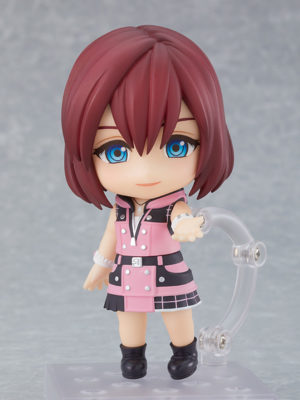 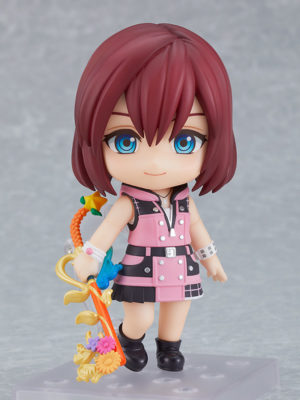 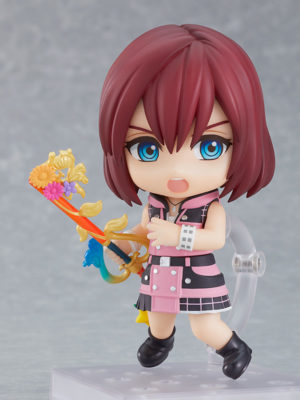 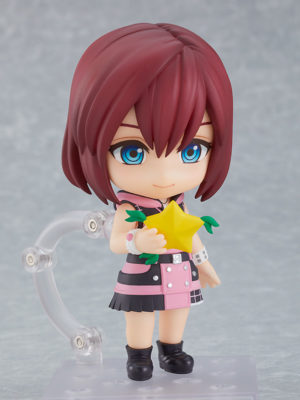 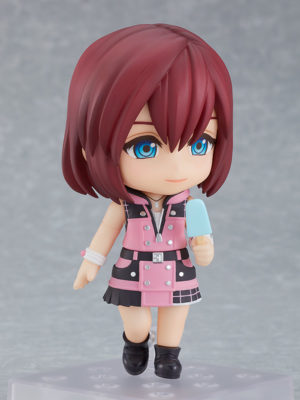