According to the Japanese publisher, PES 2020 will include up-to-date versions of the Serie A logo, trophy and associated badges.

The PES 2020 publisher already holds the licenses for Italian sides like Inter Milan and AC Milan, as well as having the exclusive rights to Serie A champions Juventus in the title. 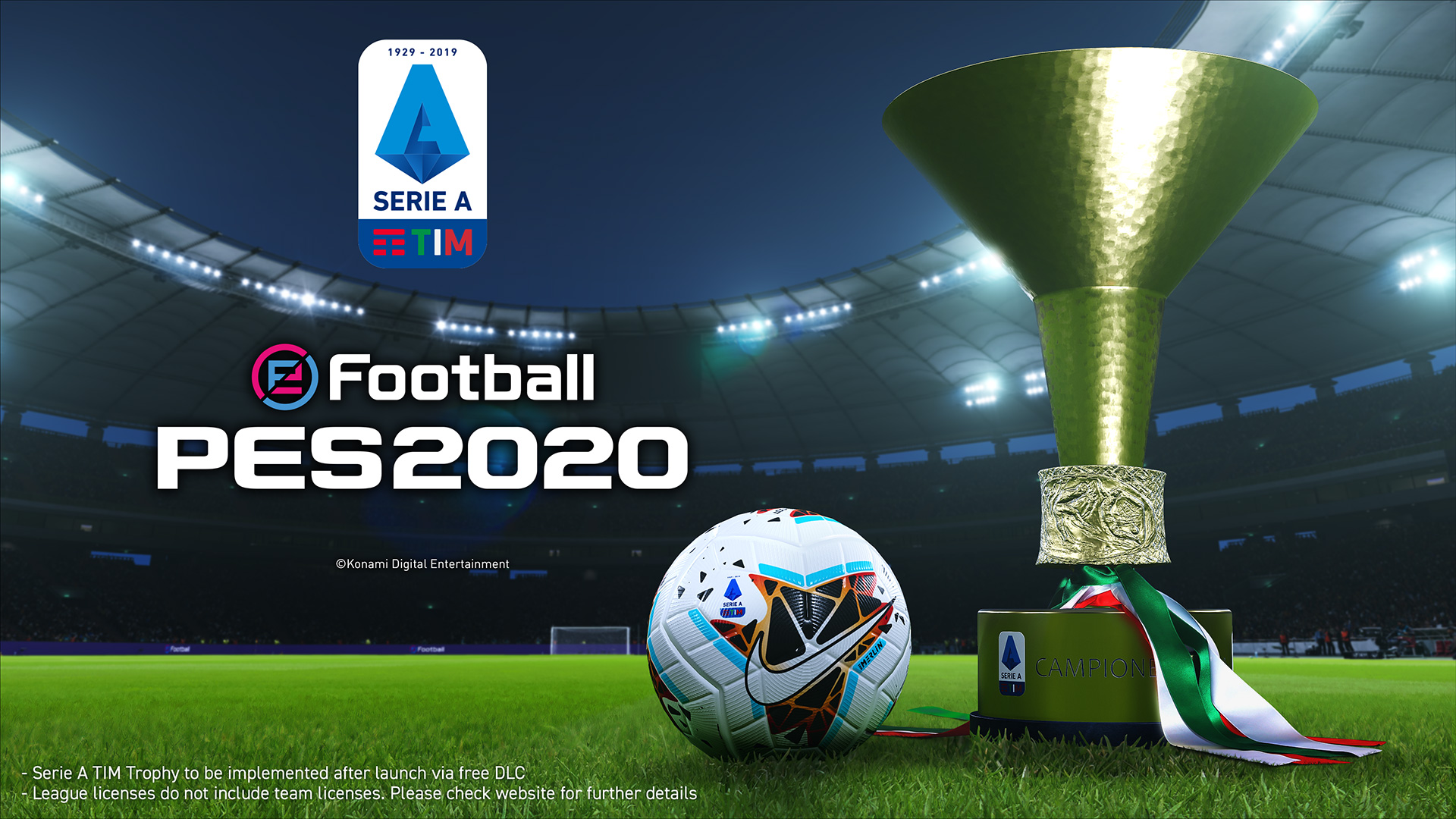 The Serie A logo, trophy and associated badges will feature in PES 2020. Credit: Konami

Konami is keen for PES 2020 to rival EA Sports’ FIFA 20 and has agreed to partnerships with European powerhouses like Bayern Munich, Manchester United and Barcelona.

And the publisher announced last week that it had snapped up two more teams — Argentina’s Club Atlético River Plate and Boca Juniors — in exclusive partnerships for the upcoming title.