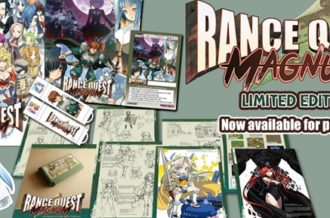 It’s not hard to find a portable device to play games on these days. Many people have no trouble using their smartphones for exactly that. Others prefer dedicated devices to achieve potentially better results. Enter the Lyra from Creoqode.

This upcoming handheld device seems inspired by the PSP and Vita form factors. However, it does not include analog sticks. The whole thing is powered by a Raspberry Pi 3 Compute Module. You’ll be able to run Linux out of the box.

Despite the Pi 3 being capable of running all sorts of games, it will be limited by a lack of analog. The Lyra is currently on Kickstarter until August 26. The goal was already met and the hope is to release the device by December.