Those without a Switch won’t have to worry about being able to play with their friends who do either, as the title will support cross play between both 3DS and Switch locally and online. They also stated that when docked the title will run at 1080p, and most likely 720p in handheld mode. At the end of the presentation they revealed a brand new Switch bundle that includes the game and a Monster Hunter decorated dock, making it the first official game-themed Switch system.

Monster Hunter XX for Nintendo Switch will be available in Japan on August 25 with no word yet on localization. To get an even better look at the Monster Hunter Switch bundle and what the game looks like on the Switch, check out the images and official trailer below: 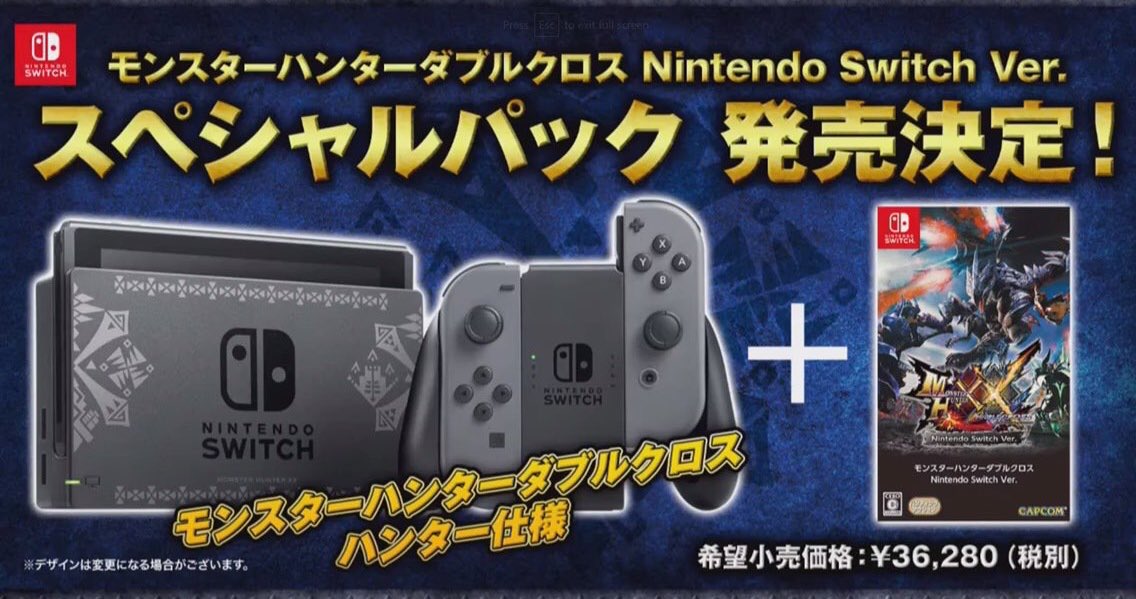