The newest racing game from the studio that brought us Motorstorm and Driveclub finally has a release date. Today, Codemasters Software Company announced that their newest project, ONRUSH, will release on June 5 for Xbox One and PS4. They also announced that pre-orders for the game are now available for those who enjoy the extra bonuses that often accompany them. In the case of ONRUSH, pre-ordering the game will net players a unique buggy, gold and black vehicle designs, two track tombstones and some special crash tag artwork. Those who pre-order on PS4 will also get access to the ONRUSH beta in May. 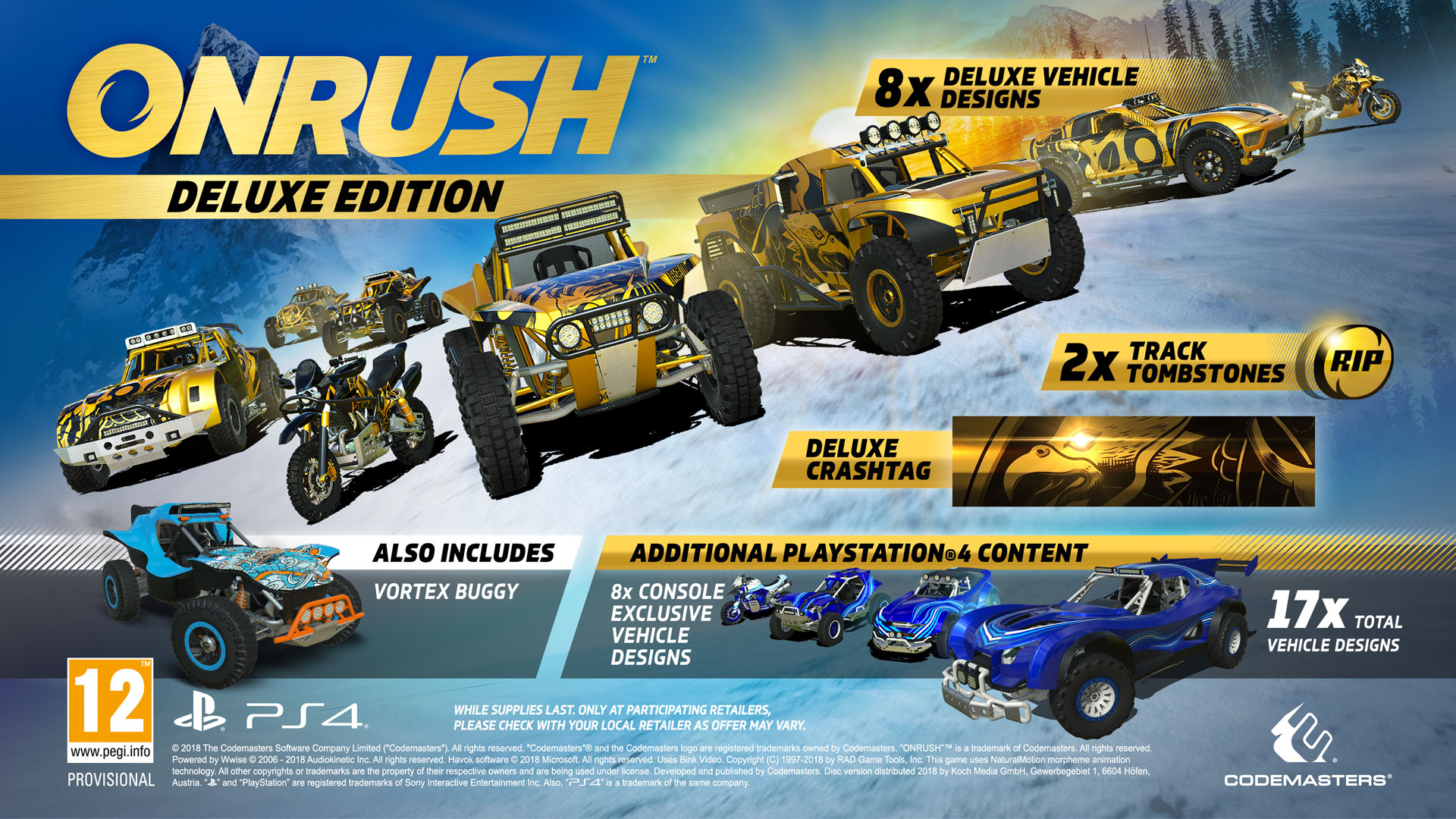 In addition to this, the developer also announced that the game will feature a photo mode, allowing players to capture and share their favorite stunts and moments from the game. Check out the game’s site to see some of what can be accomplished in this mode.

ONRUSH launches on June 5 for PS4 and Xbox One. For more info about the game, check out some of our prior coverage.