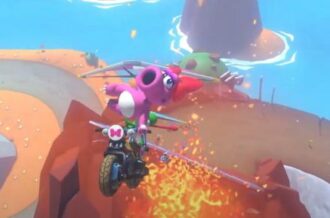 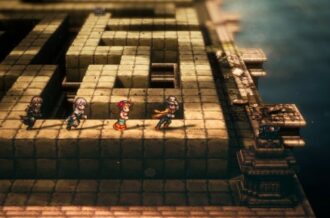 Survios and AMC have revealed new information for its upcoming virtual reality title The Walking Dead Onslaught. Released via the PlayStation Blog, Onslaught will take place during Season 8 and 9 of the television series as the war with Negan winds down. The game will be themed around rebuilding Alexandria after the fall out. Survios worked with AMC Producers and The Walking Dead writers on the story for the game. This original story sees Daryl and Rick having conflicting opinions over the direction of the Safe Zone. This carries over to the gameplay as players will swap between both character’s perspectives.

Players will venture out to collect supplies for the rebuild of Alexandria. Letters will be obtained to locate specific requests from other survivors at the camp. Players will have full authority over how to rebuild the community. Players will be crafting and upgrading weapons to improve their arsenal, as well. The upgrade system will be robust. Whether it be melee or firearms, there will be specific upgrades that grant different boosts to the weapon. You can read the full PlayStation Blog article here.

The Walking Dead Onslaught is available on PlayStation VR, Oculus Home and Steam. Players can now pre-order the standard and deluxe edition of the game on the PlayStation Store. The game will release on digital platforms on September 29 with physical editions going to retailers in October. Pre-orders will receive exclusive Sheriff Rick and Hunter Daryl skins, as well as the exclusive Golden Katana and Golden Knuckle Knife weapon skins. The Digital Deluxe Edition includes: