Overwatch isn’t going anywhere and continues to lead the first person shooter genre for 2016. While it may not have a campaign, the story and clues behind the characters present and future grip fans into frantically searching for more. Now, at Gamescom 2016, Blizzard will be showcasing their newest animated short for Bastion, a giant battle automaton Defense hero, titled ‘The Last Bastion’.

The story will follow Bastion as he wakes up after being dormant in the wilderness for almost a decade. Fascinated by his surroundings, he begins to investigate the world but soon becomes aware of his core combat programming.

The short will be airing exclusively at Gamescom 2016 on August 18 at 9am PT. If you wont be attending Gamescom 2016, you will have the opportunity to watch the short online at gamescom.blizzard.com. 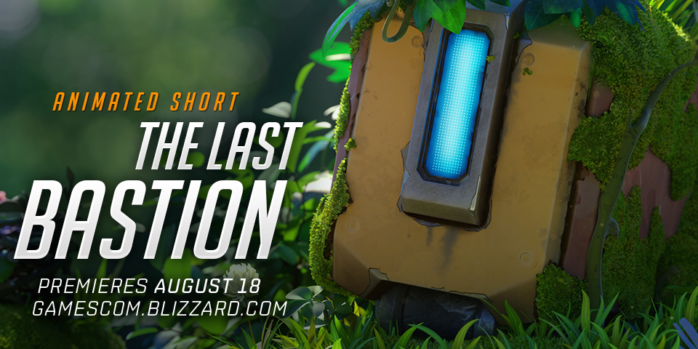