The 2DS and 3DS systems may be running out of new games in the near future but that doesn’t mean Nintendo is going to stop fans from playing them. There have been a few 3DS versions including the golden Majora’s Mask along with both a black and gold Triforce variation. Now, a brand new Zelda-themed 2DS has been revealed.

This particular item is made to look like the Hylian Shield, an iconic part of Link’s equipment. The cover features emblem designs against a blue surface. Brown shoulder buttons make for an odd accent but they’ll be hardly noticeable when playing. There is no image from the inside of the 2DS but it does come with an extra goodie. The Legend of Zelda: A Link Between Worlds will come pre-installed on the system.

Starting July 2, fans can visit GameStop locations to purchase the 2DS. It will cost around $160.00 which isn’t a bad deal. Those just starting out on their 2DS and 3DS fun should look into picking this up. 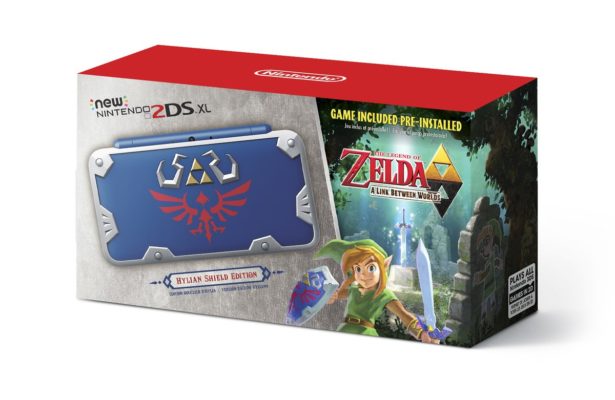 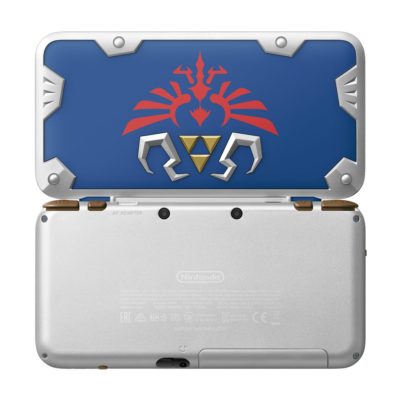 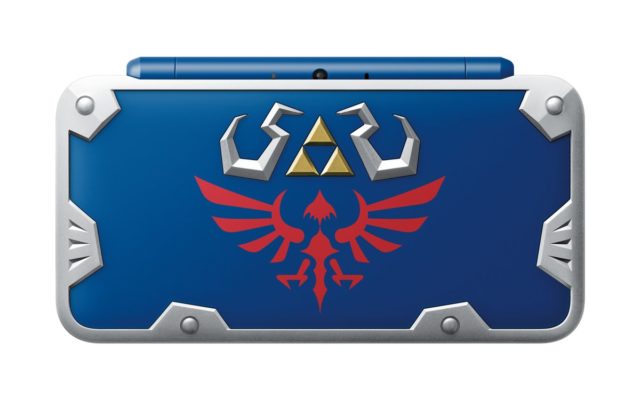