Nintendo is gearing up for the holiday season. The company has just announced their holiday bundles for Wii U and 2DS in a hope to turn the attention of customers towards their solid lineup of games.

Second is the Mario Kart 8 Wii U Deluxe Set. Is comes with all the same goodies as the Super Mario 3D World bundle, except it swaps one Mario game for the other. It’s also available mid-September for $299.99, but can only be purchased at Wal-Mart. 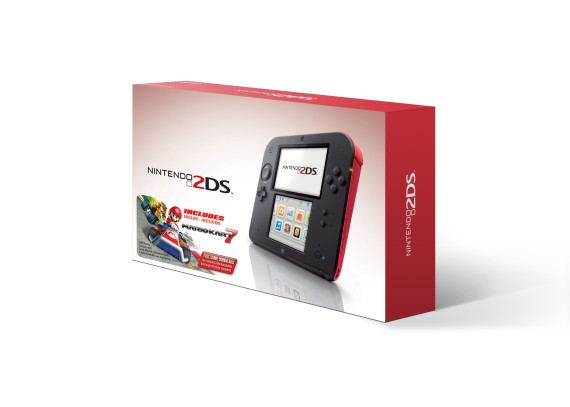 Finally we have the 2DS bundle. The bundle will be available in October in either Electric Blue, Crimson Red, or Sea Green, and comes with a download code for Mario Kart 7. It will cost $129.99.