Korebolt has revealed its Kickstarter campaign for the upcoming Nortinium has been featured on the crowdfunding platform’s ‘Projects We Love’ list.

According to Kickstarter, staff will select a project that “stands out” and have it appear on the “site or in a newsletter.”

Kickstarter continued: “These projects usually have a super crisp project page with a clear description, captivating images or video, a thorough plan for completion, an excited community and, of course, a lot of creativity.”

Nortinium, an upcoming 2D pixel art puzzle-platformer, has been recognized with Projects We Love’s honor and now has a badge to show off “our enthusiasm and respect.”

At the time of this writing, the indie UK studio has three backers and has raised $68.96 (£56) on the crowdfunding platform. 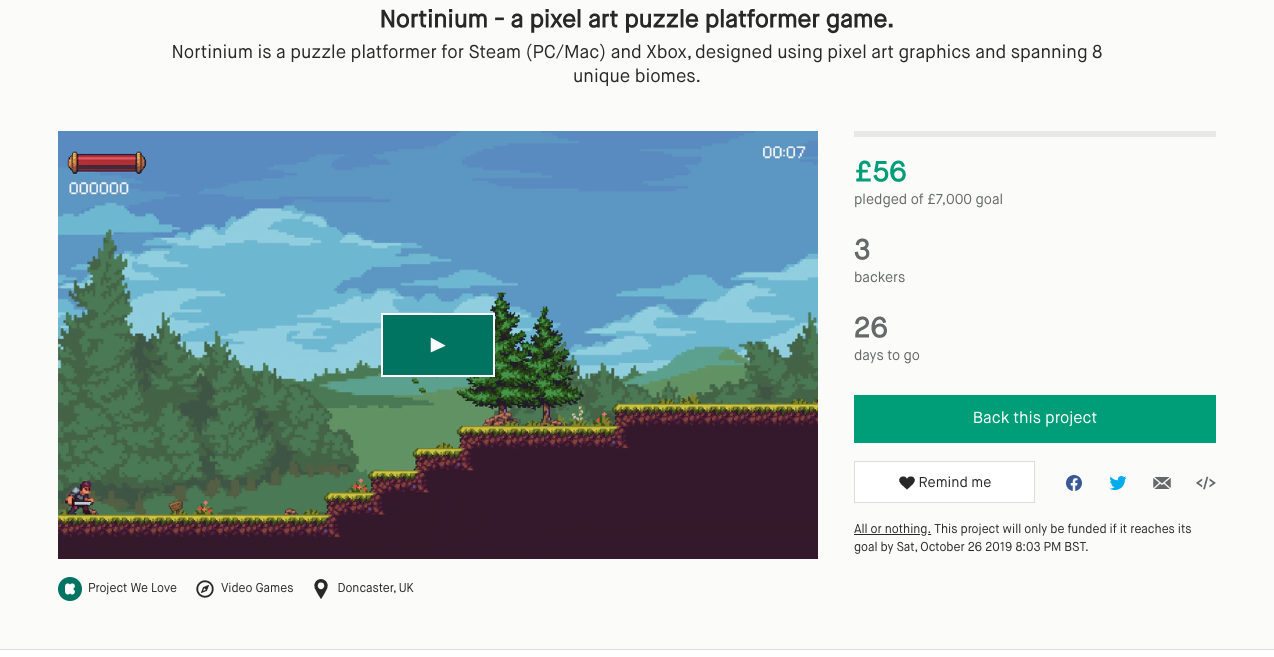 Players follow the story of Arthur Shadowstrike, who is tasked with exploring the eight biomes in the realm of Nortinium and retrieving eight Rings of Destiny.

Korebolt says that it released a playable demo for its debut title on Steam last week, which is available to PC and macOS users.

The South Yorkshire-based studio plans for the puzzle-platformer to arrive on Steam Early Access in Q4 of 2019, with its Kickstarter page suggesting that it will arrive to backers in November.

Korebolt has also confirmed that it will donate $1.23 (£1) to local, national and worldwide charities for every copy of the title that is sold after the Kickstarter campaign ends.

Nortinium is planned for release on PC, macOS and Xbox One, according to Korebolt’s Kickstarter page.

“We’re thrilled to have been chosen as one of Kickstarter’s Projects we love and regard it as a badge of honor!” says Devon Chapman, the chief executive officer at Korebolt.

“It’s great to be recognized in this way and we hope the public love Nortinium as much as we do and really get behind the game to help bring it to life.”