Today sees the announcement of two new 2DS bundles, which will both be available starting December 6th. According to Nintendo of America, the first bundle will include a blue 2DS and Pokemon Y pre-installed, and will be sold exclusively at Toys R’ Us, while the second will feature a red 2DS pre-installed with Pokemon X and only be available at Target.  Both will be sold at $149.99. 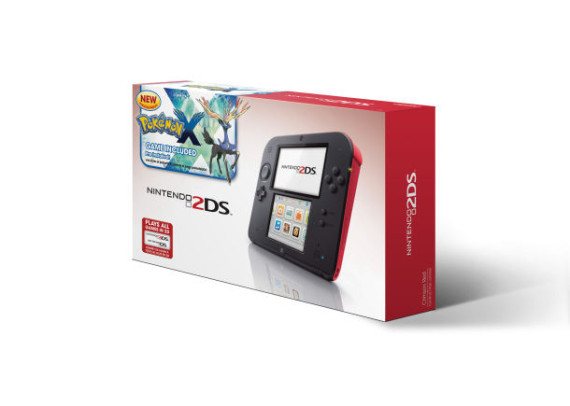 It seemed only a matter of time until we saw bundles like these, as the 2DS and Pokemon X and Y launched simultaneously on October 12th. Neither bundled 2DS system features any distinctive design to compliment the bundle, which is slightly disappointing after the wonderful 3DS XL paintjobs we’ve seen.