Though Pokémon Gold and Silver are the second generations of the series, the accompanying animated series debuted as the fourth season of the show. The Pokémon franchise was growing steadily and really hit a huge boost with the introduction of brand new monsters. Now, you can own the entire collection of DVDs!

Viz Media has produced this collection spanning 52 episodes on a few different discs. Join Ash, Brock, and Misty once again as they explore the Johto region filled with exciting and dangerous Pokémon. Follow along while they catch new Pokémon, participate in gym battles, and learn more about the mysterious world they live in.

The DVD set is available now in various retail locations. Go out there and catch’em all! 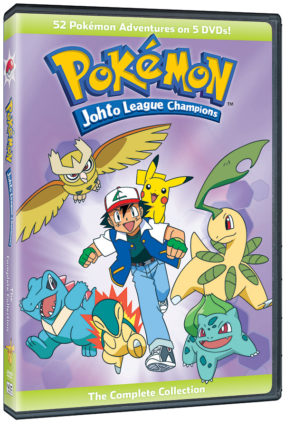