While not necessarily only for the 25th anniversary of the Pokémon series, a few new Funko Pop!s were just revealed. The actual celebration took place in February but since it’s an entire worth of excitement, this announcement is very welcomed.

Funko showed off four new collectibles fans can forward to. A Silver Metallic Bulbasaur and Attack Stance Pikachu are both scheduled for release on May 3. Psyduck and Meowth (that’s right) are expected on May 10. Pre-orders for all can be placed on the GameStop website.

These new Pop!s are all from the first generation which makes sense given it’s the anniversary of those games. However, we’re hoping for the line to expand to some more recent gens just for added variety. Check out a close-up in the group shot below. 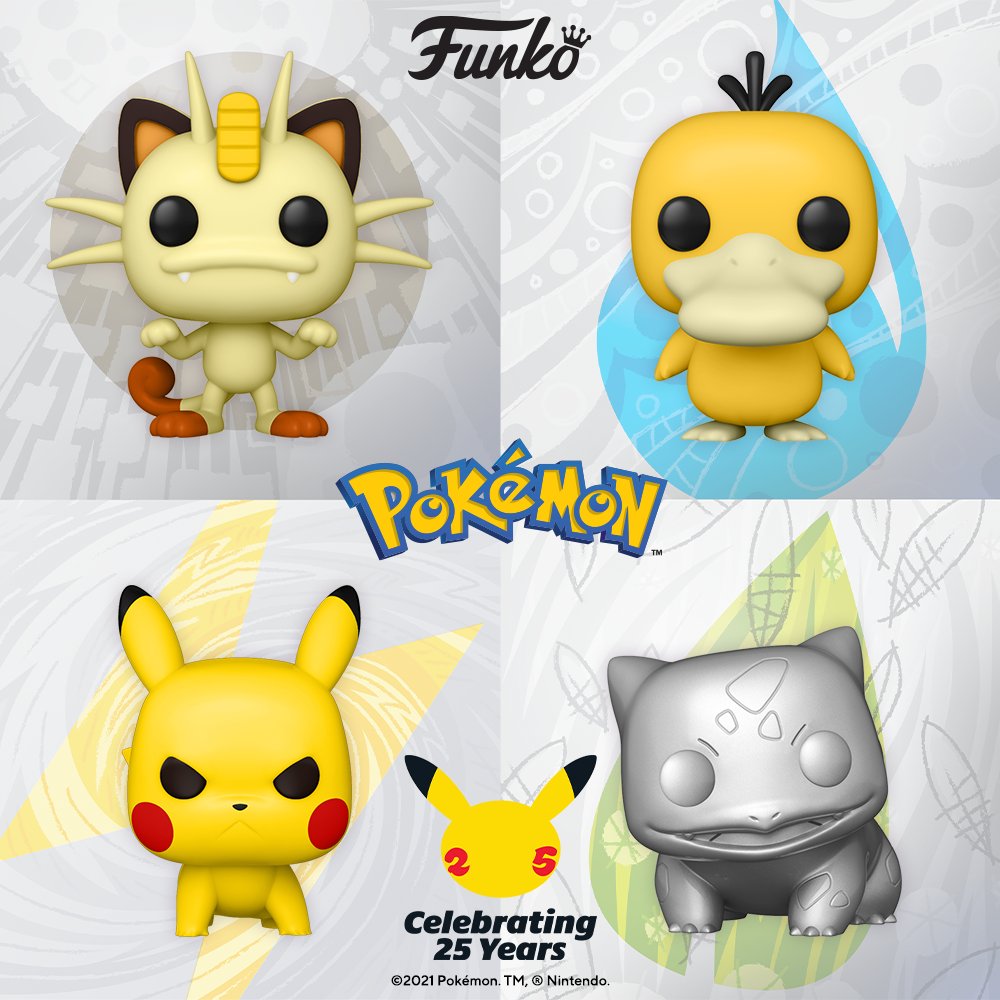