Originally a digital-only release, Moss for PSVR will be receiving a physical version on June 12. The same price as the digital release on the PlayStation Store ($29.99 USD), the physical version of Moss can be preordered through Amazon, GameStop, Target, BestBuy and Walmart. Its box art, which resembles a game of the year edition, is covered with praise for the adorable little VR platformer that could. Its acclaim has been widespread and it currently stands as the highest rated PlayStation VR title released this year on Metacritic. 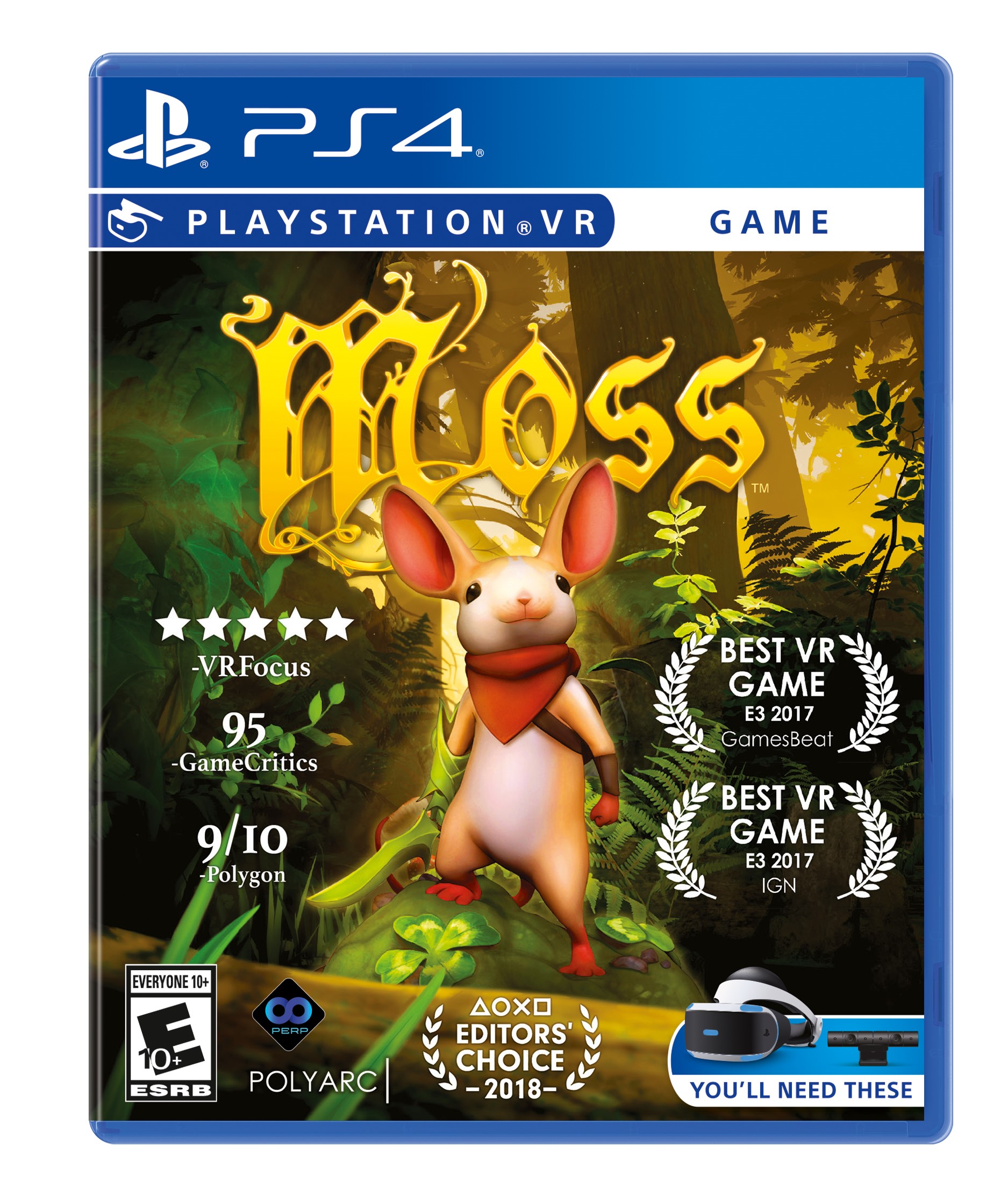 “Our goal when creating Moss was to build a special, unique world people could transport themselves to and really experience the magic of VR,” said Tam Armstrong, co-founder and CEO of Polyarc. “Launching Moss as a digital-only game was a great way to introduce Quill to players around the world. And now, with the release of the Moss disc, we’re excited to share with even more players who prefer a physical copy of the game.”

When we reviewed Moss for its original release back in February, we called it “An exceptionally thoughtful, beautiful and unique experience. It’s deceptively simple, but surprisingly deep in unexpected ways. It’s a game that wouldn’t feel right without VR yet doesn’t rely on the technology as a lazy gimmick in lieu of proper game design.” We also had the opportunity to interview the game’s composer Jason Graves as part of our ongoing Checking the Score series and discuss the unique qualities of scoring music for VR games, what ideas and concepts inspired the music behind Moss and much, much more.

For all your gaming news, reviews and more, keep an eye on Hardcore Gamer.