Lots of Pokémon collectibles have been released over the years. Most are of Pokémon themselves but there are quite a bit for fans of the characters in games and the show. That’s why Professor Oak himself is getting a figure available via Kotobukiya.

Many know Prof. Oak, or Dr. Yukinari Ohkido in Japan,  from the animated series. He gives Pikachu to Ash in order to start his journey and has popped up quite often over the course of the show. Oak has the same role in the original Pokémon Red, Blue and Green versions. This beautiful figure depicts the professor conducting some research while Bulbasaur doesn’t appear to be happy.

The Professor Oak figure does not release until December but can be pre-ordered now. Its very video game and anime appearance will fit in well with any Pokémon collection. Check he and Bulbasaur out in the image below! 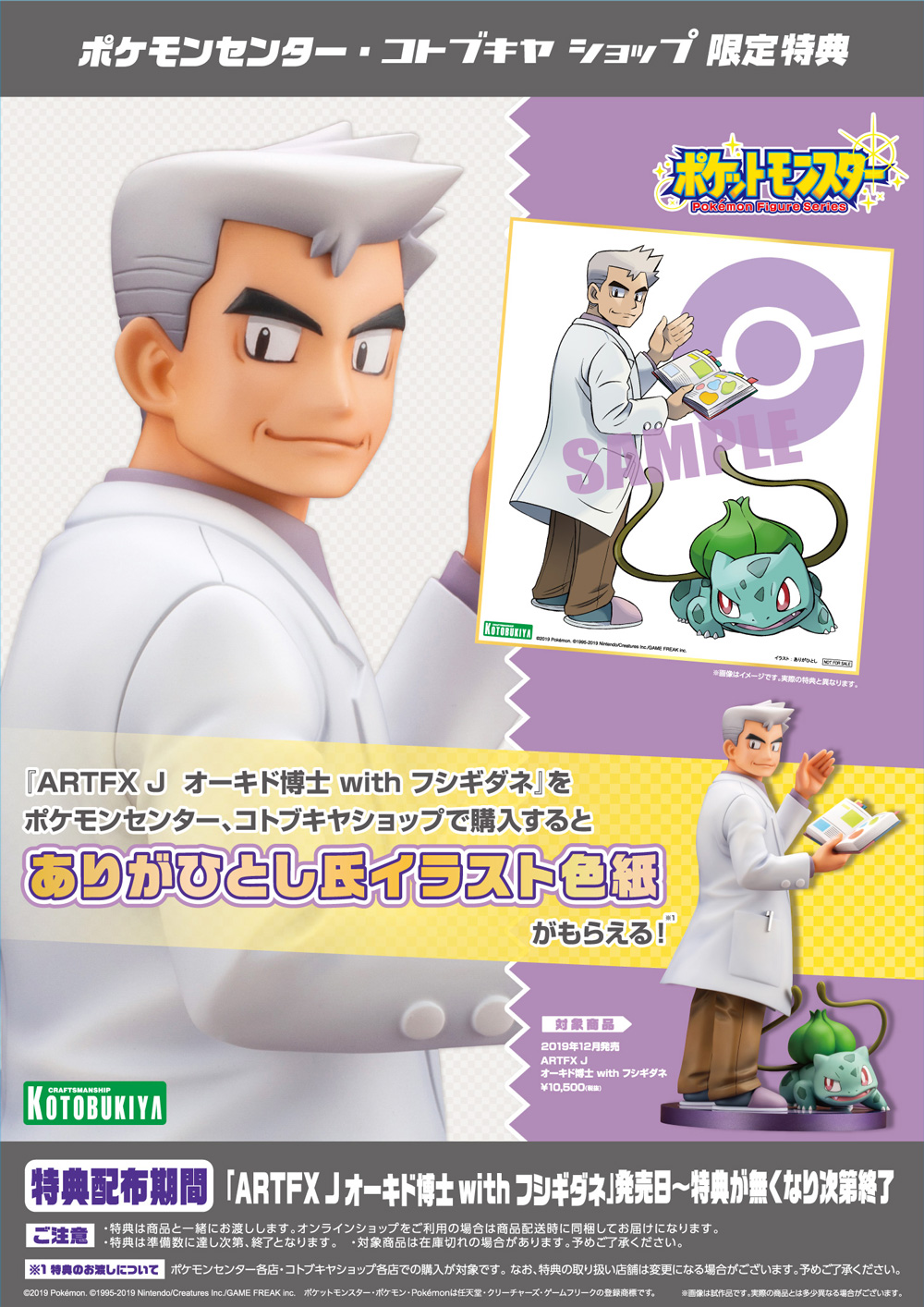