While Nintendo may have had the honor of unveiling the first trailer and thus confirmation of Dark Souls Remastered, it’s Sony and PlayStation moreso that may have a bit more of the spoils as alongside today’s confirmation of the original game’s remaster for Switch & PS4 — as well as Xbox One & PC — Bandai Namco and FromSoftware have also unveiled the Dark Souls Trilogy Box. 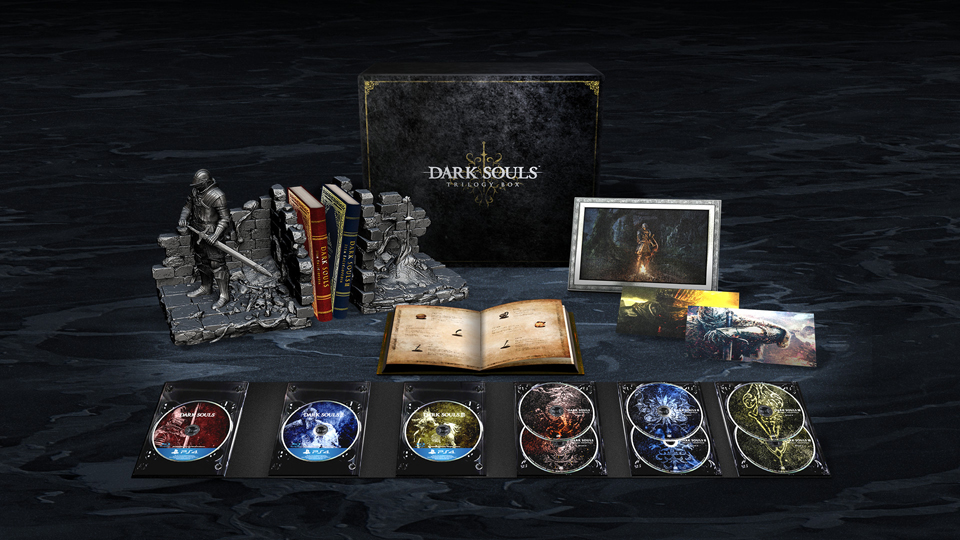 Comprised of Dark Souls Remastered, Dark Souls 2: Scholar of the First Sin and Dark Souls 3: The Fire Fades Edition, the trilogy box also comes with three two-pack soundtracks CD’s, an item encyclopedia spanning the whole trilogy, a ten-pack of art sheets, a dedicated frame to house them, two book ends and a special disc case. The trilogy will not be available for Xbox One or PC platforms. But it won’t come cheap; it’ll set those in the US back roughly $450 based on current exchange rates with the Japanese Yen. The Dark Souls Trilogy Box will release on May 24 — a day before Dark Souls Remastered releases in North America and Europe.