Sometimes plans go astray, and that’s not always a bad thing.  R-Type Final was supposed to be the very last horizontal-shooter R-Type, and while the series lived on for a bit with R-Type Command and its sequel, eventually everything went dark until finally, twelve years later, R-Type wasn’t so Final any more.  The R-Type Final 2 Kickstarter launched last year and did pretty ok for itself, maybe not setting the gaming world on fire but easily doubling its initial funding target.  Since then work has proceeded at the standard post-campaign pace, and while as is tradition the game won’t hit its initial release target it’s looking to be not so far off.  The initial December 2020 delivery date is now Spring 2021, and for those who missed out on the campaign NISA has announced it will be supplying the physical editions.

The pre-orders opened today for both standard and limited editions. The standard one is your usual “order at Amazon”, and seems fairly likely it won’t be too hard to track down at retail, while the limited edition is exclusive to the NISA online store.  The standard version debuts in the Inaugural Flight Edition, shipping in a box with soundtrack and softcover artbook included.  The Limited Edition contains roughly the same but nicer, with a larger soundtrack and hardcover art book, plus a metal Earth R-9A model (some (lots of) assembly required).  R-Type has been a long time gone, but it’s coming back with style. 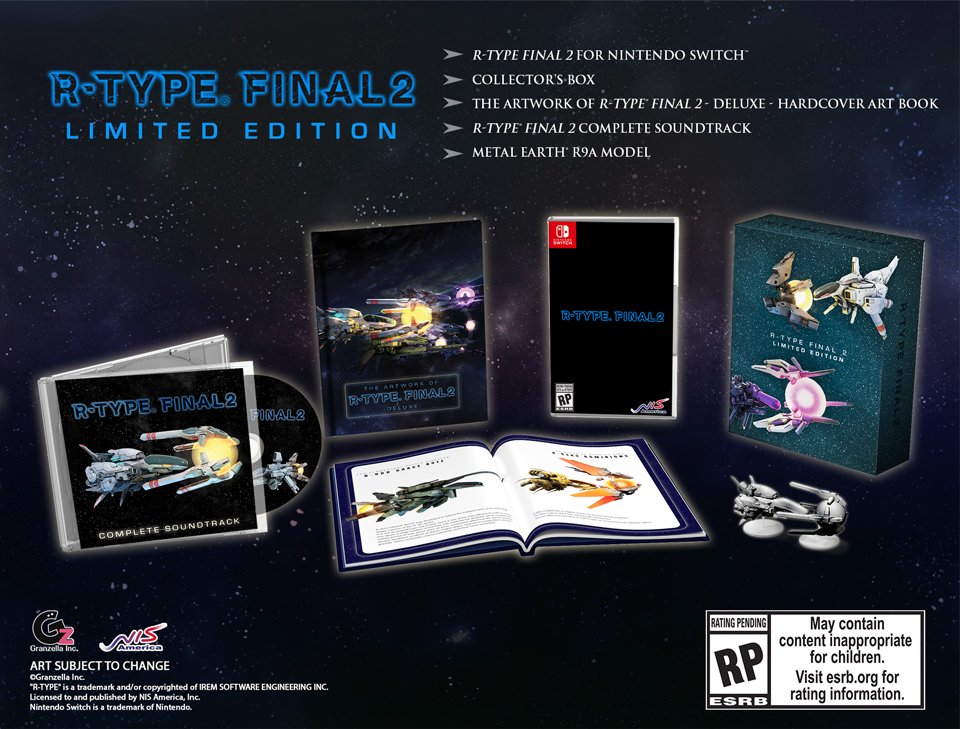