Razer recently released the Naga Gaming Mouse as it was geared towards left-handed players. The newly announced Naga Pro will go above and beyond for MMO and MOBA players. The Razer Naga Pro features a modular design that allows players to swap out side plates on the mouse. Depending on the genre you are playing, these magnetic plates allow players to have more buttons at their disposal. Featuring the Razer HyperSpeed Wireless technology, the Naga Pro will build on the success of the Naga Trinity, which first introduced this modular 3-in-1 design.

“We are all gamers, but we play in many different ways,” says Alvin Cheung, Senior Vice President of Razer’s Peripherals Business Unit. “Customization has always been a key component of inclusivity by enabling more gamers to play together. The Naga Pro embodies this ideal and gives everyone the control to play their own way, unrestrained by a cord.”

Players will have a choice between a two button side plate, six button or twelve button. The six button is a new plate for Razer. Each side plate is designed to complement specific game genres: the 12-button plate for MMO/RTS games, the six-button plate for Battle Royale/MOBA, and the two-button plate for FPS games. The side plates allow for up to 20 programmable buttons. Using Razer Hypershift via Razer Synapse, secondary functions can be assigned to each button therefore totaling the amount of programmable buttons to 40. It can also store up to five on-board memory profiles even without the software.

With the HyperSpeed Technology, the Razer Naga Pro allows for 100 hours on a 2.4 Ghz wireless connection, or up to 150 using Bluetooth. It can also be charged while gaming with a Razer Speed Flex Cable. For accuracy, Razer is also including the Focus+ 20K DPI Optical Sensor, which is the fastest sensor on the market. The sensor features Motion Sync that flawlessly tracks mouse movements and can be calibrated for personal preference via Smart Tracking or Asymmetric Cut-off. Finally, the Razer Naga Pro will include Razer Optical Switches that use the speed of light for input. This allows for instant actuation and each switch is rated at 70 million clicks. The Razer Naga Pro is available today for $149.99 from Razer.com or authorized resellers.

ABOUT THE RAZER NAGA PRO

· Razer™ HyperSpeed Wireless for a connection faster than wired mice

· Razer™ Optical Mouse Switch for actuation at the speed of light 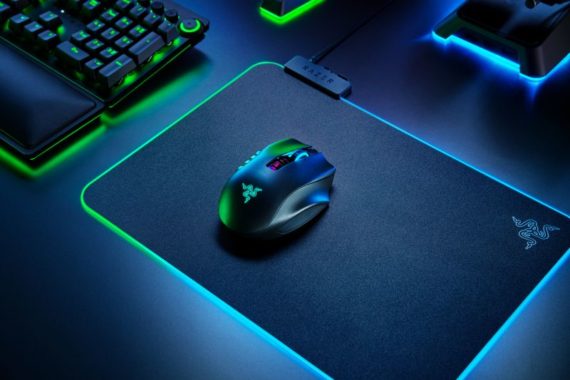 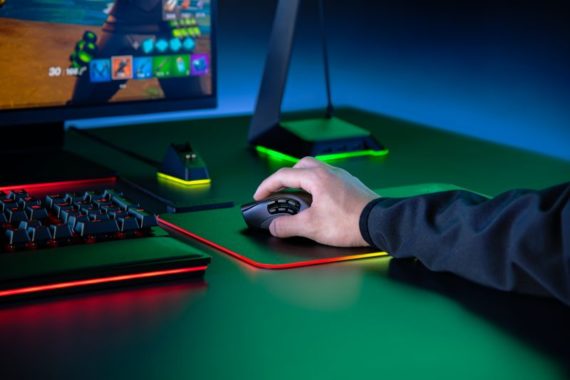 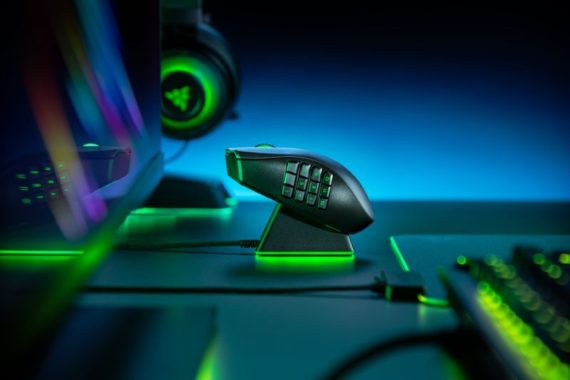 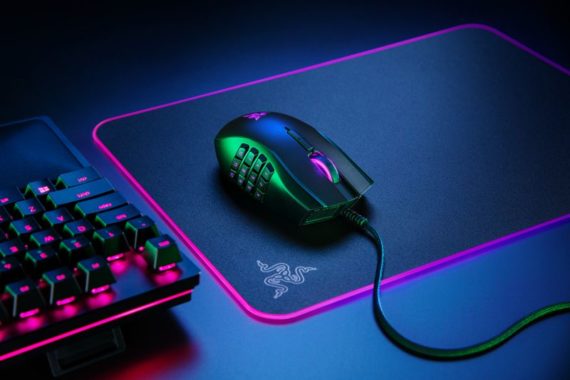