As our build up to the 20th anniversary of Pokémon continues, trainers are excited to catch’em all over again. The last chance to grab a Mew code from GameStop is February 24 and you should be able to get a Mythical Pokémon poster with the purchase of any Pokémon product while supplies last.

The next legendary made its first appearance in Pokémon Gold, Silver and Crystal and makes a comeback in one week. Celebi, the Time Travel Pokémon, will be obtainable via Nintendo Network starting March 1 and lasts until March 24. Celebi starred in Pokémon 4Ever when the mysterious GS Ball storyline was nixed in the anime. It has the ability to travel through time and protects forests allowing them to flourish. Get Celebi only for Pokémon X, Y, Alpha Sapphire or Omega Ruby

To celebrate the month of March with Celebi, Toys R Us has figures, cards and plushes featuring the mythical Pokémon for sale. Somehow though, the 20th anniversary Celebi plush dolls have reportedly appeared on store shelves and popped up on eBay. If you can’t wait for March 1, you could check it out on there. 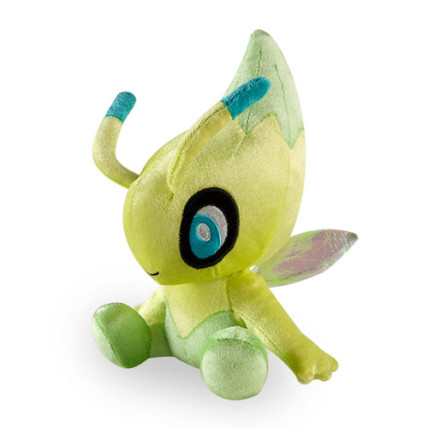