Red Dead Redemption II is set to be one of the year’s biggest releases – and its special editions have been announced. The special edition will set you back $79.99 and get you a slipcover, a world map, and extra story mode content. Beyond things like cosmetics, you’ll also get up to three free weapons, an exclusive horse to ride, and a new mission and hideout. For $99.99, you can get the ultimate edition. This gets you a slightly different slipcover alongside the map and story mode content – but you’ll get a deep red steelbook and some bonus online content. $99.99 can also net you the collector’s box – which gets you a large red and black box with a lock and key, a pin set, a treasure map, a fake in-game catalog, a banadana, a set of cigarette cards, playing cards, and a double-sided puzzle. It’s an awesome box of goodies – but doesn’t net you even a digital copy of the game. Red Dead Redemption II hits shelves on October 26. 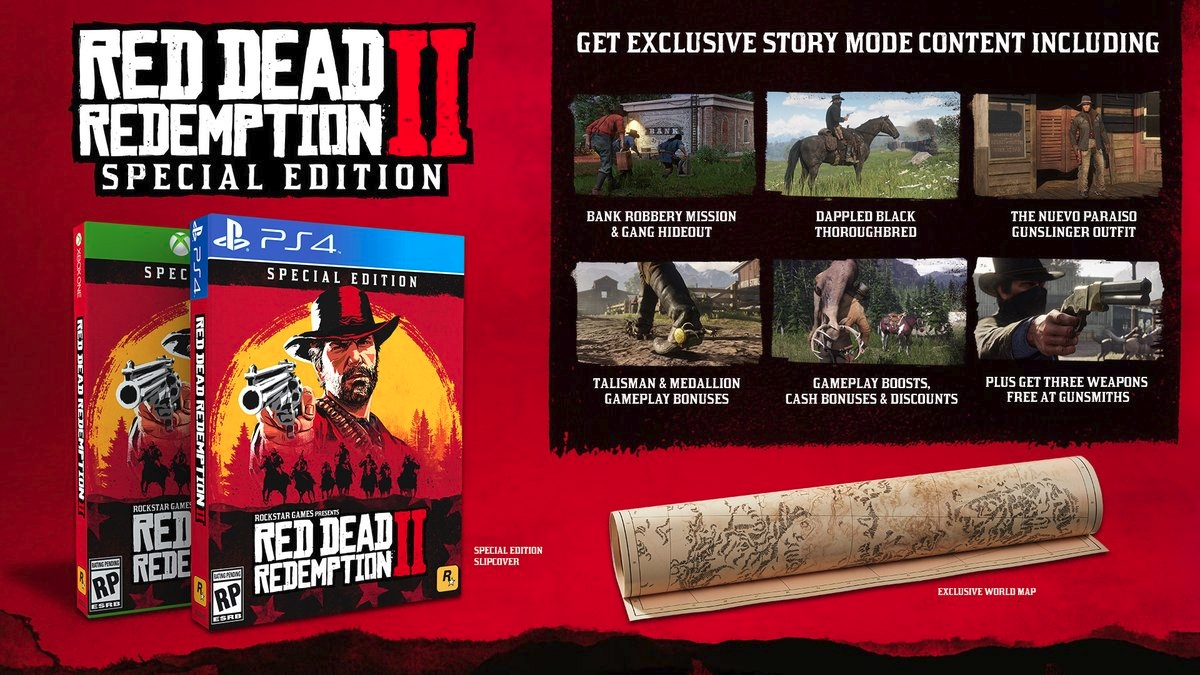 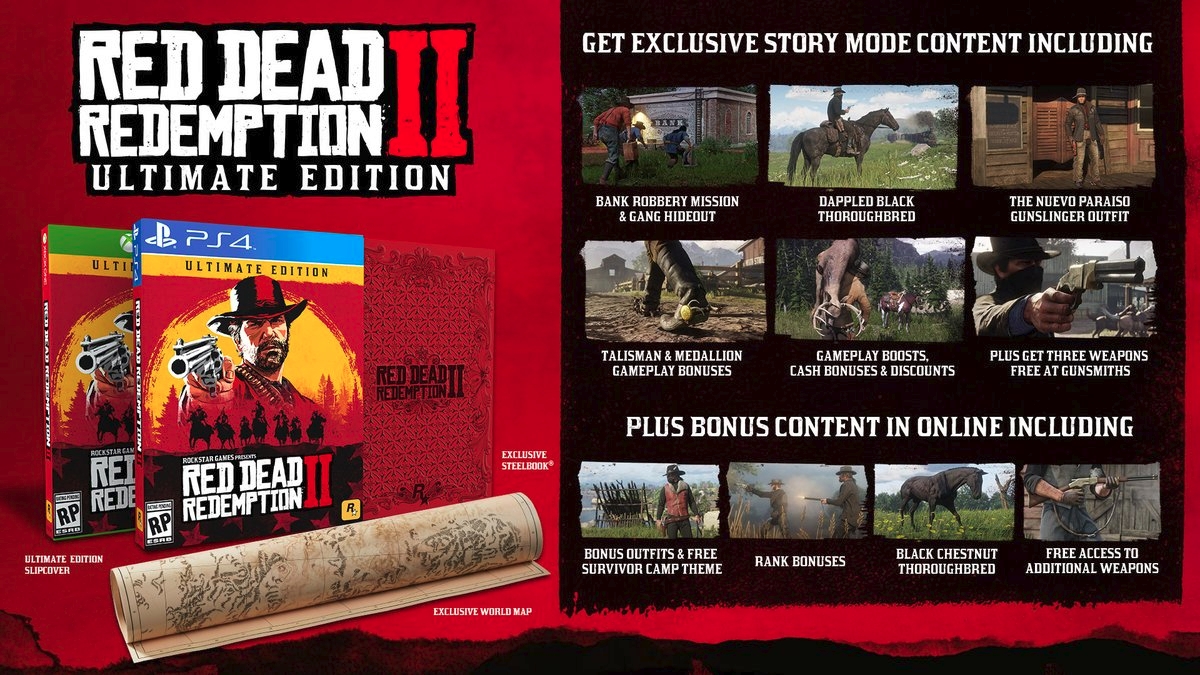 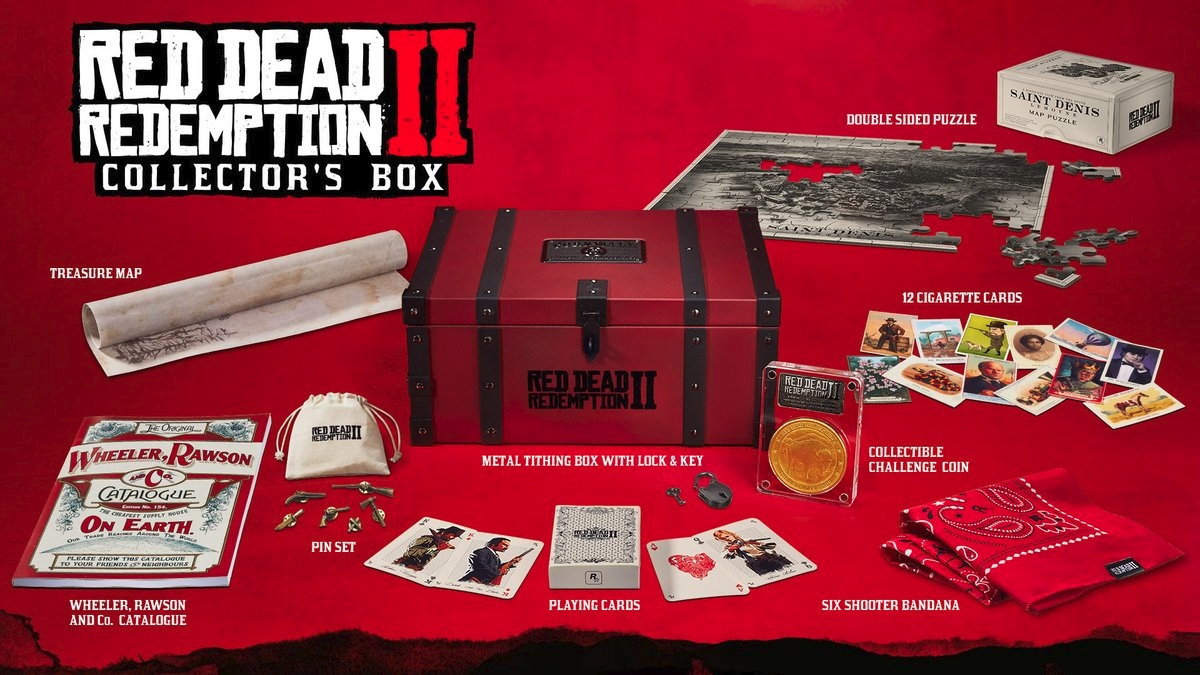