Season Pass holders will be able to download and play Battlefront’s new Outer Rim DLC today, while those who chose to buy the content separately will get it on April 5. There will also be an update available for everyone who owns the game that includes some free new content.

Outer Rim costs $15 separately, or as a part of the $50 Season Pass. The DLC includes new maps based on Tatooine and Sullust, new weapons and abilities, and a new hero and villain to play as. Greedo and Nien Nunb have been controversial additions to the Battlefront hero roster, but EA and DICE have not backed down. For more details on all this, click here. 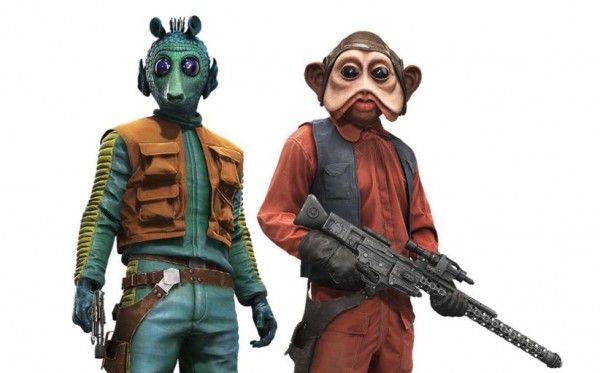 The free content update includes the DL-19X which is a one-shot-to-overheat heavy rifle, the DL-18, which is the pistol Luke used in Return of the Jedi, and a new level cap of 60. The biggest addition, though, are Hutt Contracts. These are essentially bounties for getting a certain amount of kills with a specific gun, or using an ability successfully a number of times. These achievements will gain you rewards, like credits, cards and those new guns.

Also included in the update is a bunch of little things. A new head for the Rebels that looks like a Weequay (those pirate fellas from Tatooine and the Clone Wars) is available at level 60, when you zoom on a gun that doesn’t have a scope, it looks like iron sights, and a bunch of little changes to the HUD. Along with these, some patch work is being done to fix problems that players have been asking about.

The next paid DLC drop has yet to be announced for Battlefront, but when it does, we’ll let you know right here at Hardcore Gamer.