Google to Shut Down Stadia in January 2023

Bad days come in a number of styles.  While nothing can fix a “lost a pet/friend/family member” level of terribleness, when all the world is filled with deeply stupid people whose one objective is to take their obnoxiousness out on you at every possible opportunity and not stop for anything from the moment you wake up to when you finally give up and kill all communications, possibly by setting things on fire, it can help immensely to discover something unexpectedly charming.  Yesterday was far less good than it should have been but Lighting End VR showed up at exactly the right time to fix things thanks to Steam’s busted New Releases list.  The game isn’t out yet, and has no indication as to when it will launch, but there’s a pre-alpha demo available where you can grab beams of light and shoot them into planets to crack open their shells and bring them to life.

Lighting End VR is a puzzle game where you need to figure out how to wire up all the sleeping planets with light.  The demo is only a short eight levels long but filled with life and personality, featuring lovely little low-poly planets with orbiting satellites and space shuttles zipping around.  You can blow through the whole thing in about fifteen minutes, but I found myself taking extra time to check out the detail on the planets, put my head close to a space shuttle to hear the rumble of its engines, or bat a satellite around a bit.  One of the smaller satellites even flew through the round hand protector of the Rift controller. 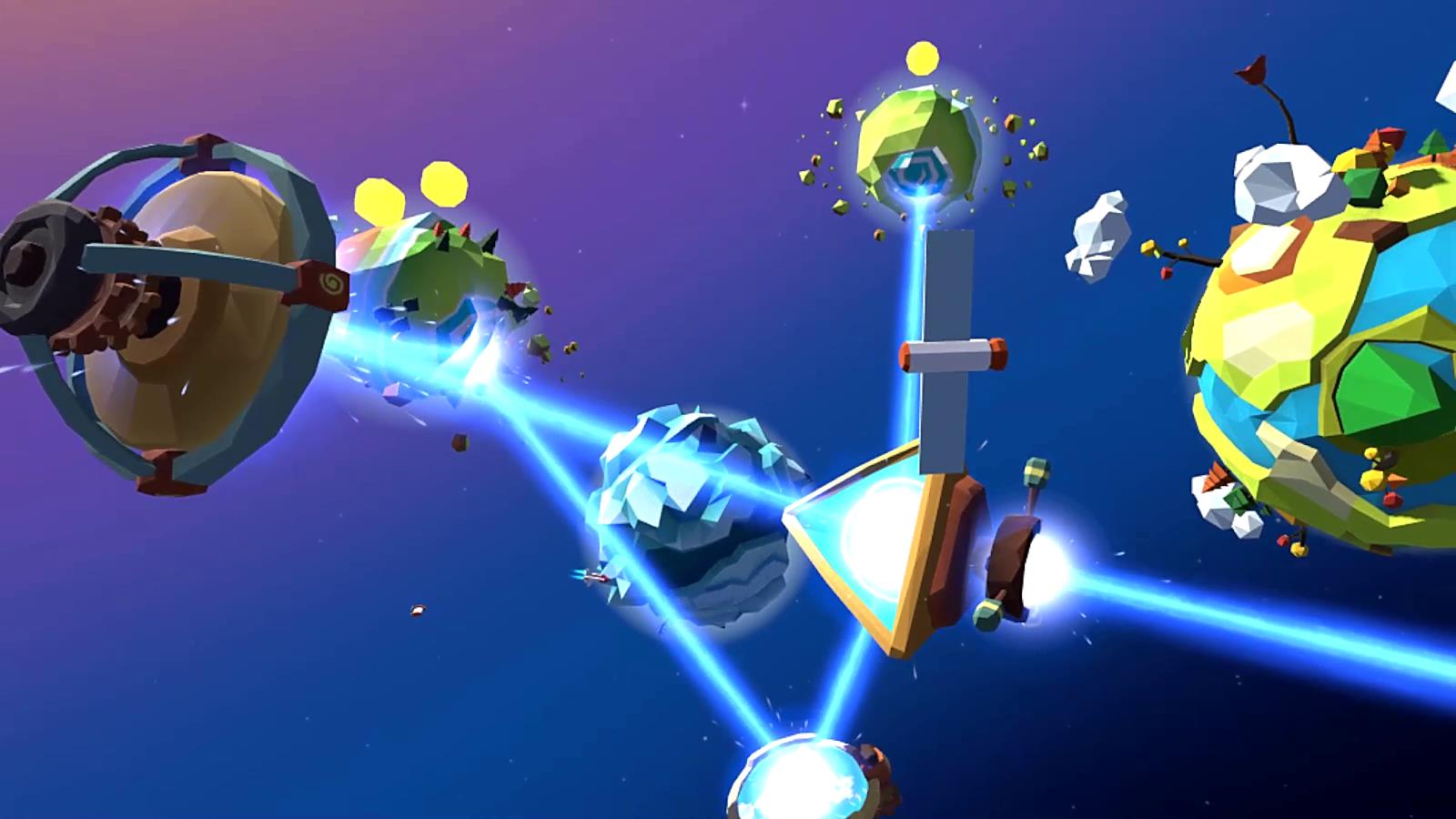 As for the puzzle gaming, it’s hard to get too deep in eight levels but Lighting End VR does a nice job selling the concept.  One planet emits a beam that you can grab onto and redirect, and you’ll need to point it towards a mirror to bounce it in a new direction that avoids the big, inconvenient planet between the beam’s origin and desination.  Most mirrors can also be redirected, but not all, and one of the later devices breaks the beam into three parts.  Planets go from only needing one beam to up to three, as indicated by the number of moons, so you have to split the light a few times to handle everything.  The puzzle is to figure out the order of mirrors, with the final level showing off the type of experimentation that should be necessary as the game properly kicks off.  Each scene is room-scale, and if your play area is on the small size the levels will happily grow beyond its bounds without a care, so hopefully there will be a teleporting mechanic when it’s farther along than pre-alpha.

Lighting End VR is available on Steam for anyone who has the hardware to play it, free as a demo ought to be.  Check it out, and if your day has been particularly bad make sure to spend a little extra time enjoying the smaller details and maybe things will turn out better after all.