It’s no secret that these have been some incredibly hard times for Google Stadia, having shut down their internal development team last month, who were focusing on exclusives for the platform. Such a move has been causing people to doubt Stadia’s future even further, which has had trouble finding its footing since its 2019 launch due to a lack of notable games and low confidence among the general public, given several other projects Google has given up on. Still, they may have some tricks up their sleeve yet, and one of which arrived today via Capcom. Announced today as part of Resident Evil’s 25th anniversary, the much-anticipated Resident Evil Village will now be arriving on Stadia alongside other platforms on May 7.

So is there a particular reason to go with the Stadia version of the game? Well, the pot has indeed been sweetened with the news that anyone who pre-orders or purchases the Stadia version of Resident Evil Village before May 21 will receive a free Stadia Premiere Edition while supplies last, meaning any Standard or Gold Edition of the game will come with a free Stadia Controller and a Chromecast Ultra. And to lead into the game’s launch, Resident Evil 7 biohazard Gold Edition will arrive for Stadia Pro on April 1, meaning all Stadia Pro subscribers can grab the award-winning survival horror game and all of its DLC for free. Will this sudden support from the Resident Evil franchise help reverse Stadia’s fortunes? We’ll just have to wait and see. 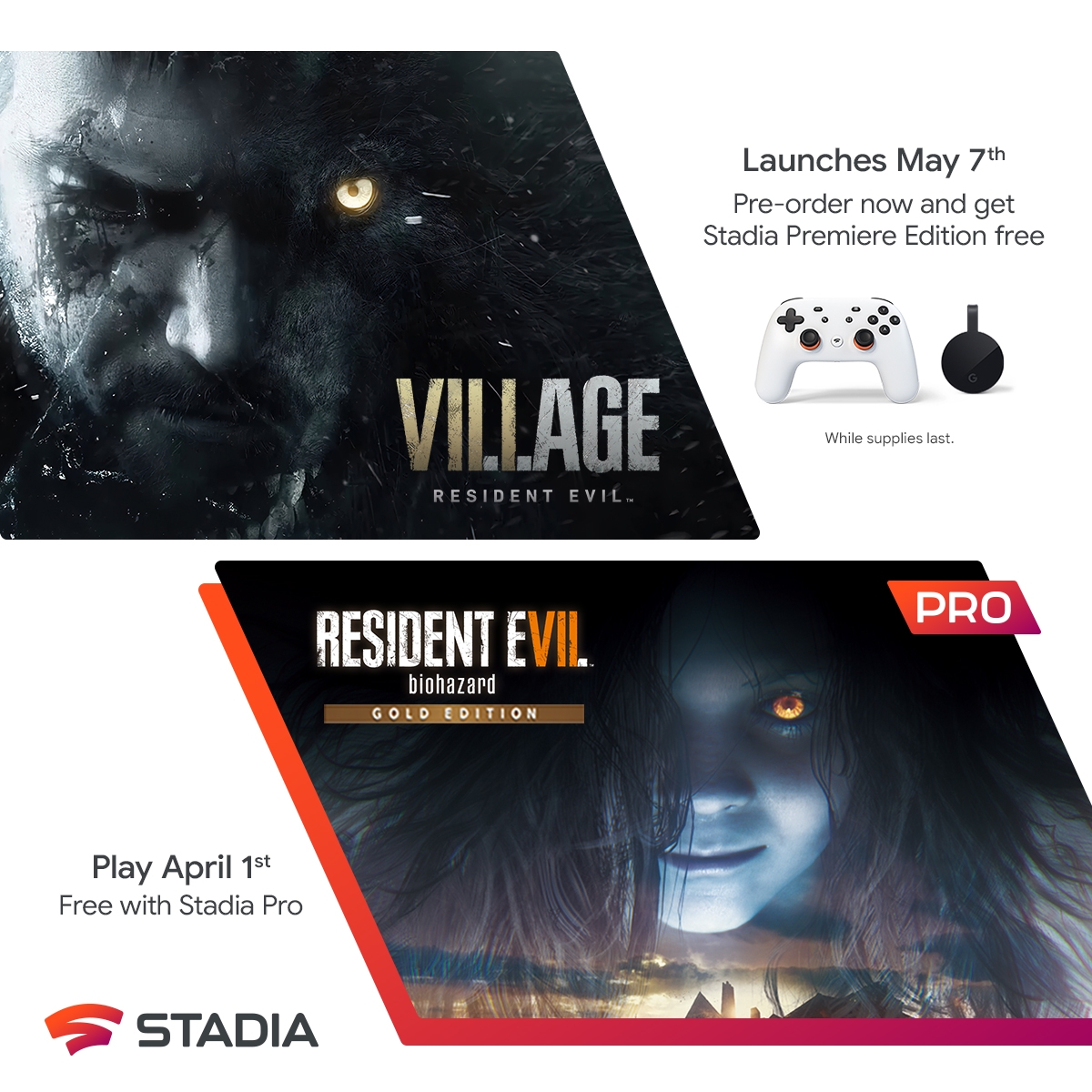