The Sega Genesis/Mega Drive had a ton of classic side-scrolling shooters. Gaiares had one of the weirdest, but most memorable names and was one of the few games of the era with cinematics. It also let you steal enemy powers and kept things fresh as a result. Retro-Bit has announced that they will be re-releasing the game on the Genesis – and pre-orders are available now. 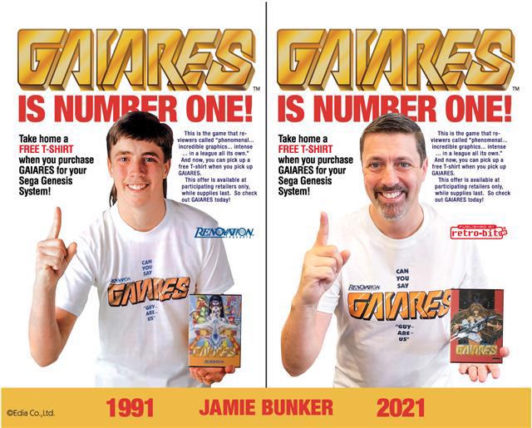 Buyers get a commemorative T-Shirt like the one that was used for record-holder James Bunker’s ad back in the day – alongside a new interview with him and other goodies. An embossed slip cover will be used alongside a translucent cartridge and a reversible cartridge sleeve. There will also be a certificate of authenticity and a full-color manual. Pre-orders are active through December 19 for $54.99.