Most gamer/vinyl collectors are well aware of iam8bit by now; the company tends to release all manner of video game soundtracks on beautiful collectible records, after all.

Their newest product line is pulling out all the stops. To help celebrate the impending release of Rez Infinite on PS4, iam8bit are offering up multiple items. First is a limited edition vinyl soundtrack. The pack includes two LPs plus a bonus 7″ disc and 48 page retrospective booklet. A picture disc edition, which is limited to 1,000 units, will set you back $85 while the standard vinyl is a bit cheaper at $75. 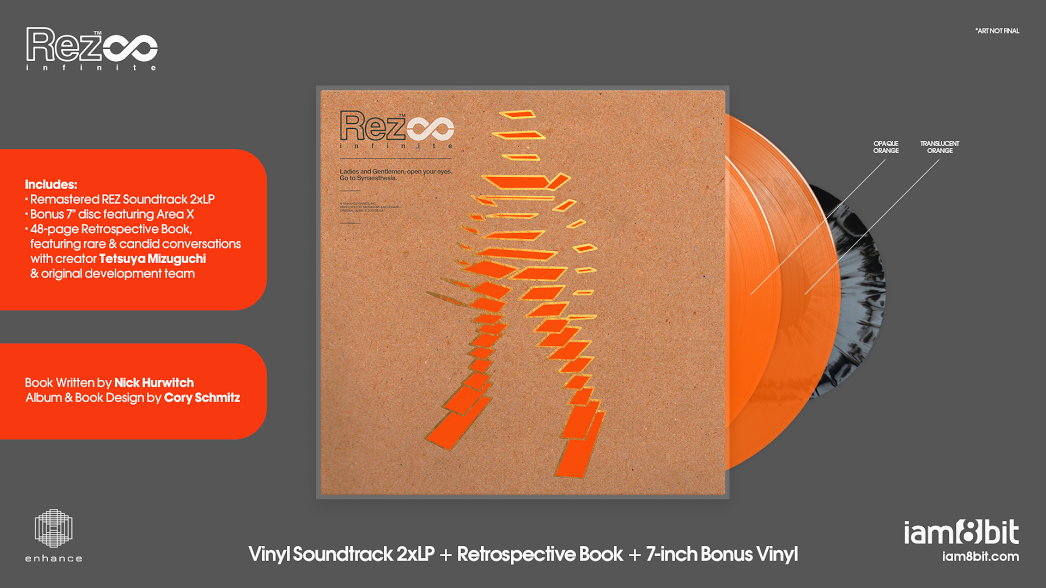 Next up is a physical edition of Rez Infinite which apparently shall be the only way to snag a hard copy of the game. This one will cost $39.99 as opposed to the $29.99 price of the digital release. 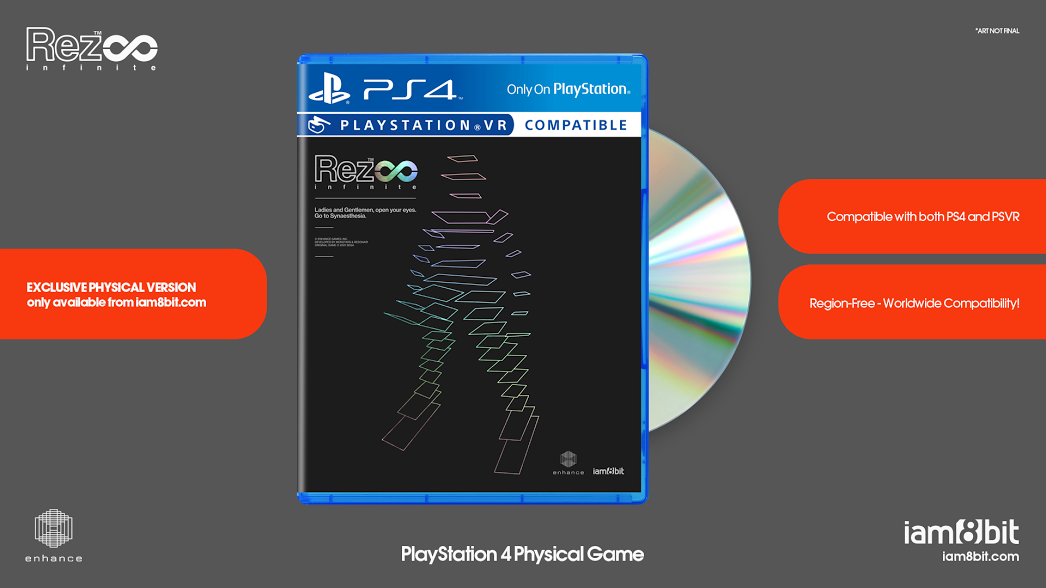 Two t-shirts are also up for grabs, with artwork by Phil Fish and Cory Schmitz. They’ll cost $25 and $28 respectively. Finally, there are two enamel pins available for $10 a piece. Pre-orders for all the Rez Infinite goodies open on August 19 at 9:00 AM PDT.