Valiant Game Studio on Monday revealed that its debut adventure title, Pendula Swing, would be coming to PC in 2019.

Set during the Roaring Twenties in the U.S., Valiant Game’s single-player story-driven title has players taking control of an old dwarven hero, Brialynne.

Brialynne, who has come out of a self-imposed retirement, is looking to recover a stolen legendary axe.

Over the course of the adventure, players must interact with other characters for help on their quest. The title will support a branching dialogue system, meaning different choices can have an impact on a player’s relationship with another character.

Valiant Game says that Pendula Swing has puzzles that “can be solved in different ways, making each playthrough unique.”

“The goal of Pendula Swing is to raise awareness on how prejudice and racism affects the everyday lives of people in the physical world, by using fantasy stereotypes,” Valiant Game said. 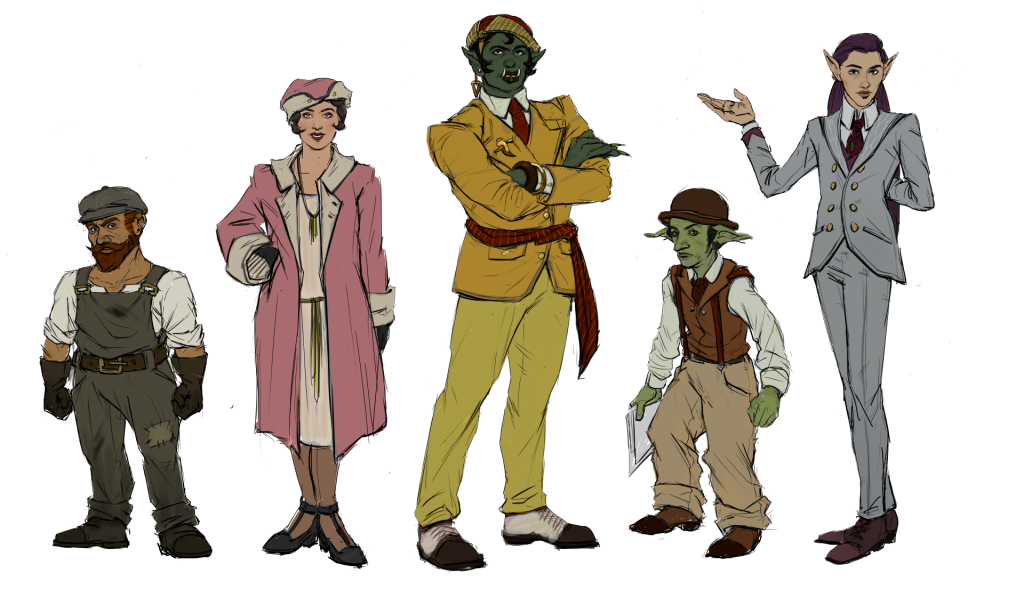 Valiant Game’s Roaring Twenties-inspired looks for a dwarf, a human, an orc, a goblin and an elf. Credit: Valiant Game