Rose City Games on Tuesday announced its new supernatural action-adventure title, The World Next Door, after entering into a partnership with publisher Viz Media.

Viz Media, which has distributed a whole variety of manga, anime and live-action films, said its collaboration with the Portland-based developer will “debut original, narrative-driven games.”

The World Next Door is the first title to be published under this agreement between Viz Media and Rose City. 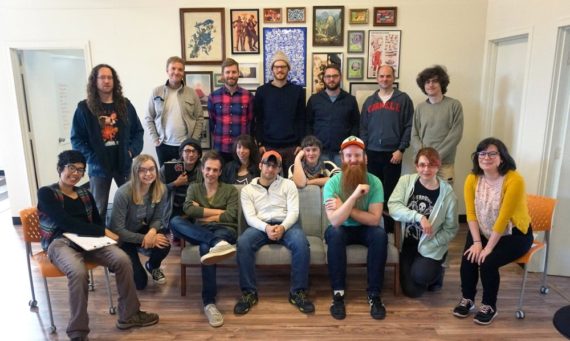 Rose City’s action-adventure title focuses on rebellious teenager Jun, who has been captured by magical creatures in a parallel world.

Drawing its inspiration from both anime and indie gaming titles, the studio says that players will interact with an “eclectic” cast of characters over the course of The World Next Door’s story.

The World Next Door will feature character designs by illustrator Lord Gris, Rose City confirmed, with the title also in full production for PC.

According to Viz Media, it has two more titles in the pipeline with Rose City, which will be released over the next few years.

“Viz Media has always been fan-first, and the team at Rose City is the perfect fit for developing games that our audience will love.”

Will Lewis and Corey Warning, who are co-directors and co-founders of Rose City, said they’re “very excited to collaborate with Viz Media.”

“The ability to pursue multiple original titles, as independent developers, is huge for us and this partnership presents the potential to expand the worlds we’re creating beyond games,” Lewis and Warning added.

Viz Media said in its press release that it’s also “accepting publishing inquiries from developers with games at all stages of production.”

Editor’s note (2/6/18): news story’s featured photo has been swapped for the official artwork of The World Next Door.