The Finland-based company has continued to grow and just today revealed all of their titles have a combined total of 4 billion downloads. Rovio Entertainment hit the scene in a huge way with the massively popular Angry Birds back in 2009. Since then, they have specialized in creating mobile games while expanding upon their flagship series.

Rovio pushed the Angry Birds brand further to include seasonal varieties and even outer space. It’s been such a huge part of entertainment that other iconic brands have teamed up with these feisty-feathered friends including Star Wars and Transformers. Rovio has also released an Angry Birds spin-off, Bad Piggies. Other games making up the library are Amazing Alex, Nibblers and Battle Bay. Rovio has developed many other games over the years, all of which have contributed to the astounding total.

Reaching such a huge milestone of 4 billion downloads means Rovio has done something other game developers could barely scratch at. They deserve a congratulatory round of applause for this massive success. A moment like this means Rovio won’t be slowing down any time soon. 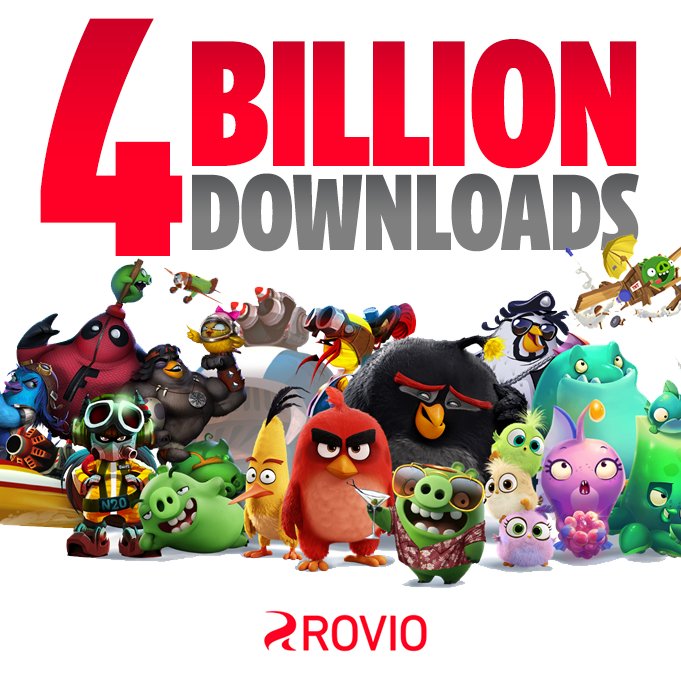