Very few would argue A Way Out — Hazelight Studios’ upcoming prison-break co-op title — wasn’t one of the few (if not only) highlights of EA’s showing during this year’s E3. But it would appear, if a recent chain of suspected employee e-mails are anything to go by, that we won’t be getting the full game at all next year. With the tag-line “one of the most anticipated games of 2019” at the top, the internal messaging suggests the game has been pushed back by nearly a full year since its original release window of Q1/Q2 of 2018. 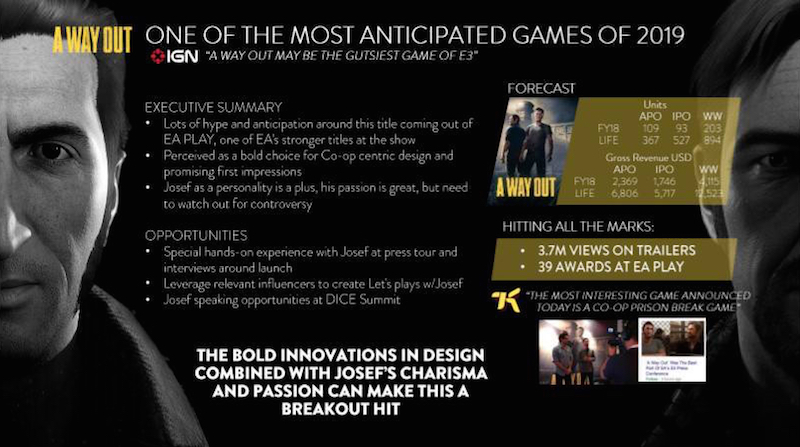 But what’s more revealing are particular lines of information, notably in the “Executive Summary” section. One line referring to the game’s director/writer Josef Fares as having a great passion (and charisma) — the publisher needing to “watch out for controversy”, likely in reference to Fares’ more outspoken manner at which he announced the game on stage at EA’s E3 presentation. We don’t have anything officially confirmed from either Hazelight or EA themselves as of this moment, but stay tuned as we learn more about A Way Out’s development and progress.