A leaked image from reddit user gaymerRaver [spotted by Wario64] appears to show Microsoft getting ready to to institute some sort of system for refunding digital purchases.

The image, which you can see below, calls the program Xbox Self-Service Refunds and reads as follows:

“You’ve spoken; we’ve listened. In support of offering gamers the freedom of choice, we’re making changes to the Microsoft Store purchase experience by offering customers a simple way to instantly return digital products like games and apps through..

When a game or app leave you wanting more we’re here to help. Self-service refunds on Xbox One and Windows 10 provide a quick, simple way of returning a digital product. 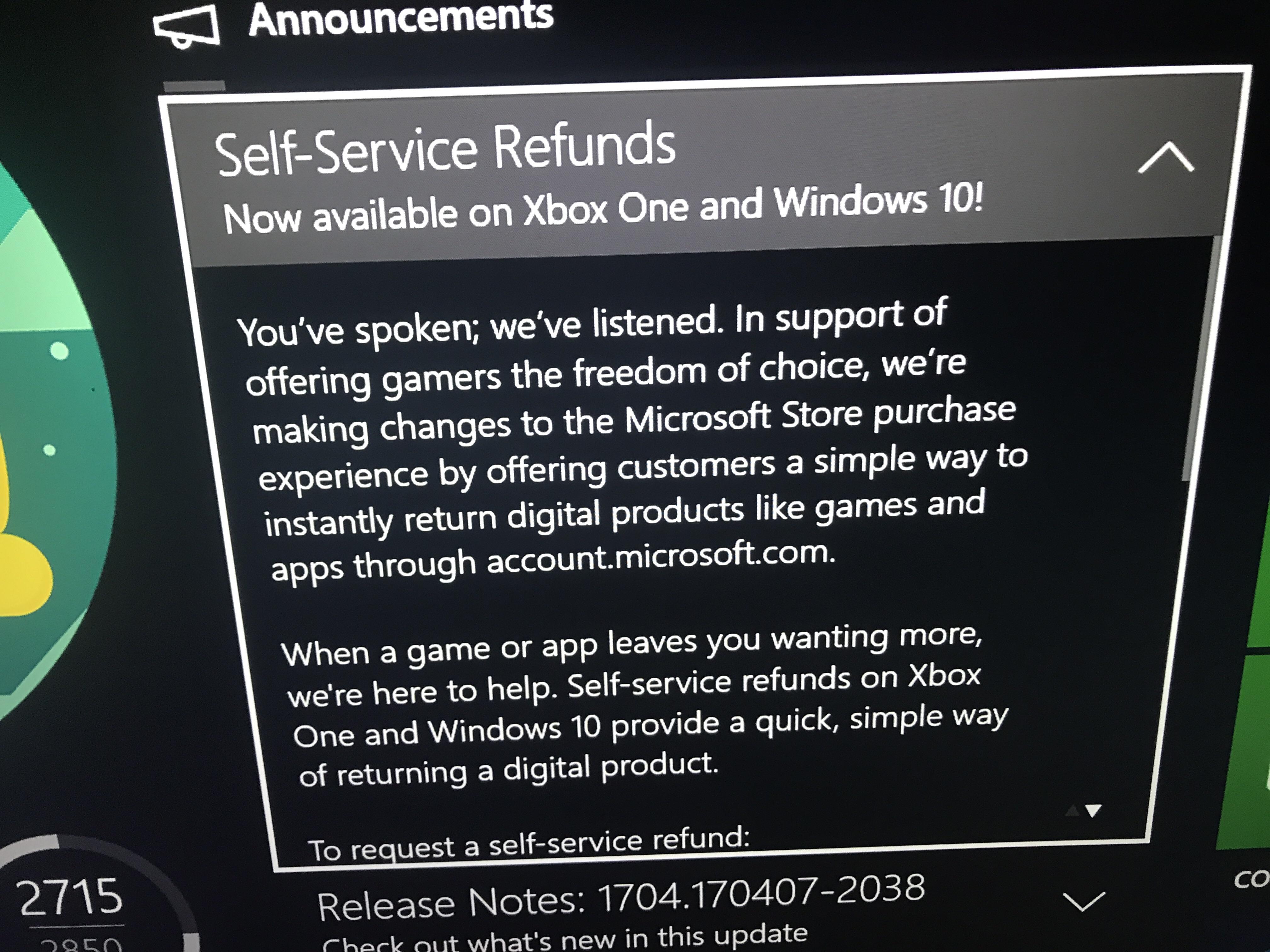 This wouldn’t be the first time we’ve seen a major digital storefront put a policy like this in place. In 2015 Steam debuted the a similar system which allowed users to return games 14-days after their initial purchase or games that had below two hours of play time.

It’s not yet clear what the limits on these refund will be, but if this turns into a full blown announcement, look forward to hearing about it in the coming weeks.