Super Smash Bros. director Masahiro Sakurai treated Metroid lovers to some surprisingly gratuitous fanservice today with the reveal of a brand new costume alternative for Zero Suit Samus in the upcoming Super Smash Bros. games on Wii U and 3DS. The blonde bounty hunter looks to be trying out the minimalist look with her new duds, which Metroid fans will recognize from the end of Metroid: Zero Mission. Anyone who thought her form-fitting Zero Suit left little to the imagination will find her latest look to be considerably more revealing, for better or worse, and those curves will likely produce some overdue buzz around the Metroid series. Sakurai made sure to clarify Samus’ skin-tastic new look won’t be exclusive to the Wii U version though, providing an aerial 3DS action shot that also shows off the returning Brinstar Depths stage.

You can see the bodacious bounty hunter in action when Super Smash Bros. for 3DS launches on October 3, and on Wii U this holiday season. Will we see a Metroid swimsuit calendar on Club Nintendo before then? Come on, don’t be greedy. 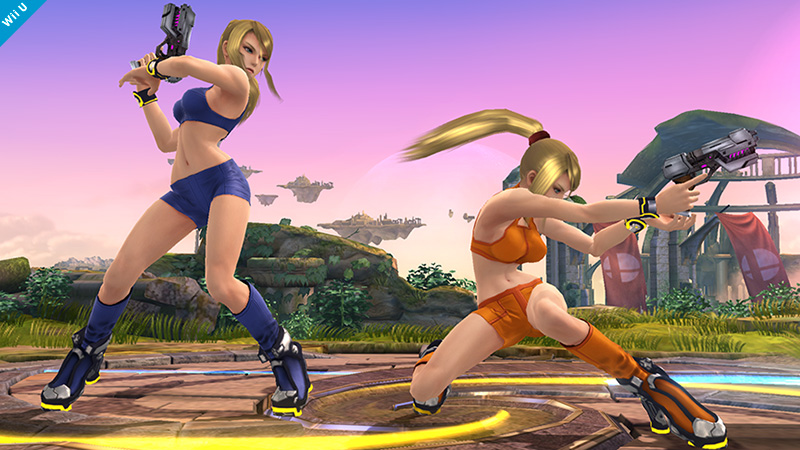 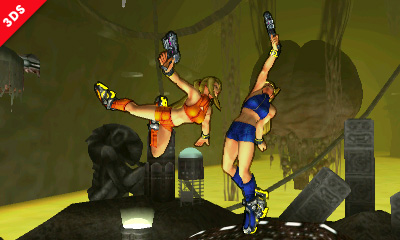