Season Four Reloaded has arrived, and it’s brought some sweeping changes to the Warzone landscape. With this update, fans of Call of Duty’s battle royale module are able to enjoy even bigger battles. The player cap has been raised up to 200 now, so that means up to fifty teams will be battling for supremacy in each match. Additionally, players can now take on Supply Run Contracts, which allow players to buy gear at a cheaper rate once completed. Lastly, a new Spotter Scope item has been added to the mode. With this, players can can their surroundings and mark enemies without risking detection. 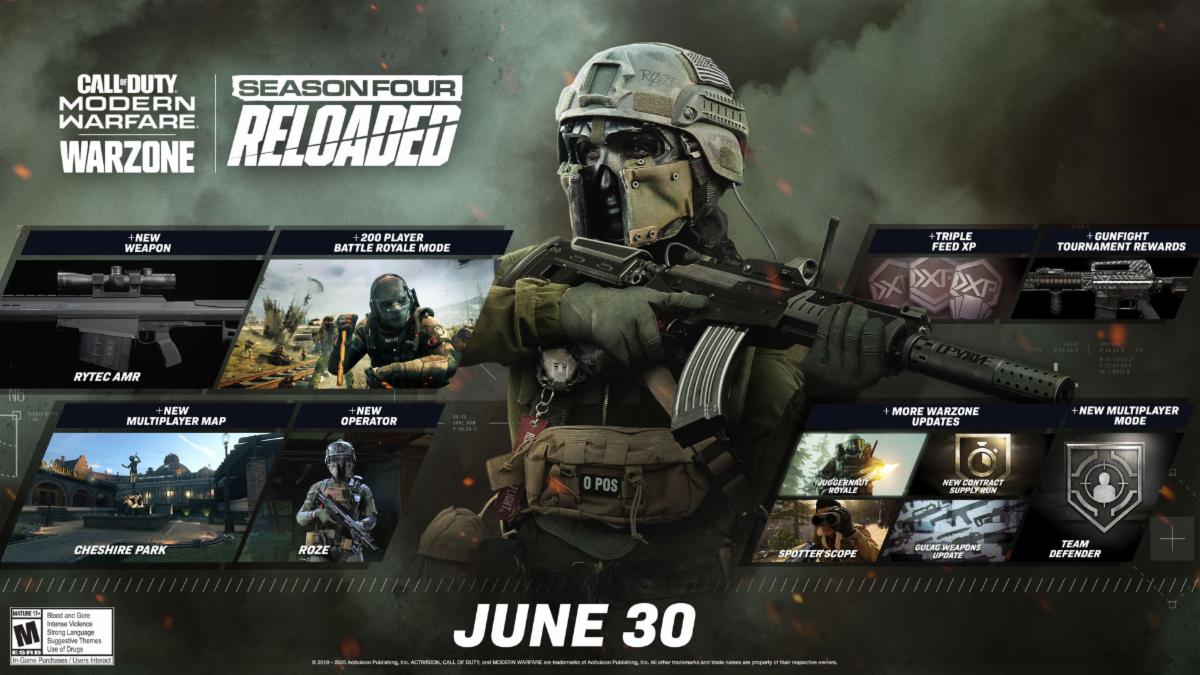 Content has been added to Call of Duty: Modern Warfare’s traditional multiplayer too. The most notable addition is probably the new map: Cheshire Park. The map is set in London, England and can be enjoyed in several of the game’s multiplayer modes. This might just include the brand new Team Defender mode, which offers players a twist on the standard Capture the Flag game type.

Call of Duty: Modern Warfare and Warzone are available now on PC, PlayStation 4 and Xbox One.