It seems like an easy two-game week from Limited Run Games when you only look at the new releases but there’s actually quite a bit going on this coming Friday.  The main releases are Typoman (PS4), a letter-based puzzle platformer, and Senko no Ronde 2 (PS4), which is G.Rev’s sequel to their arena two-player competitive shooter.  So that was easy.  All done?

Nope, not by a long shot.  Typoman comes in at 2,500 copies, Senko no Ronde 2’s regular edition is 3,000, and the Senko no Ronde 2 Limited Edition with 60-page art book comes in at 2,000 units.  There are also the remaining stocks of three games with PAX exclusive covers- Senko no Ronde 2, The Bit.Trip (PS4 and Vita), and Oddworld: Munch’s Odyessey.  How many of each are left over from the convention is unknown but it’s highly likely they’ll go in a few seconds, so it might be worth breaking an order up into two pieces and going for the exclusives first, then requesting LRG combine the two orders into one to correct the shipping costs.  Finally there’s the overstock on Skullgirls 2nd Encore (PS4), which had been being held back to cover lost or damaged copies but is now being set free into the world.

Also on Friday is the final cut-off for Thimbleweed Park on Switch, which had a two-week pre-order period.  This did so well that Switch games will be getting this treatment for as long as it works, although the big-box limited editions are still going to require being there on time to order.  There’s also leftover stock of Thimbleweed Park on PS4, both regular and big-box edition, which hopefully the Friday sale will help clear out.  It’s going to be a huge day, although a lot of items are in short supply.  The extras and overstock are only up during the 10AM EST sales window with the regular releases, while the 6PM EST release will have the standard games alone. 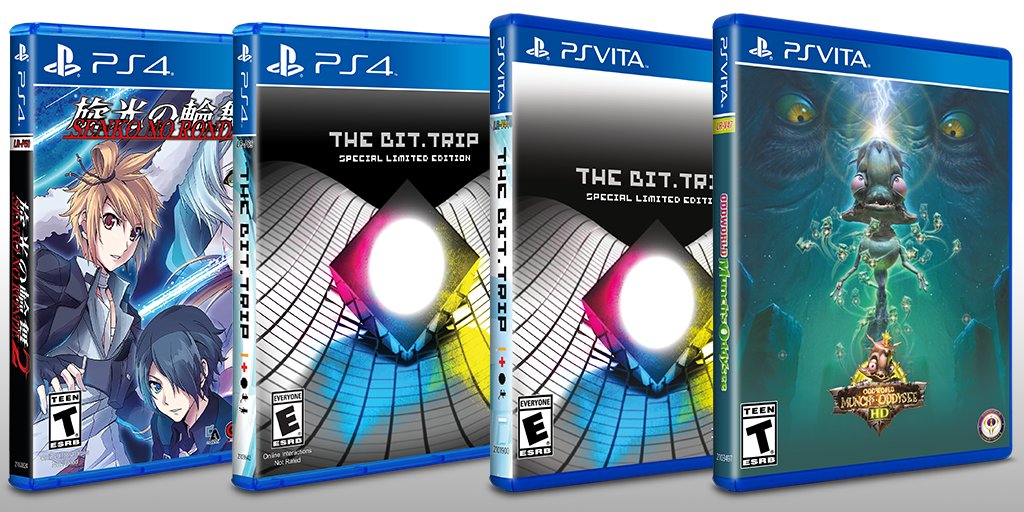