Over the past eighteen months, iam8bit have been announcing more and more prominent games — both old and new — whose soundtracks would be getting their own vinyl pressing and perhaps one of the more significant and beloved games of the PS2 era, which is also seeing a PS4 remake launching fairly soon, in the form of Shadow of the Colossus, is the latest title to receive its own first-ever pressing onto LP format. 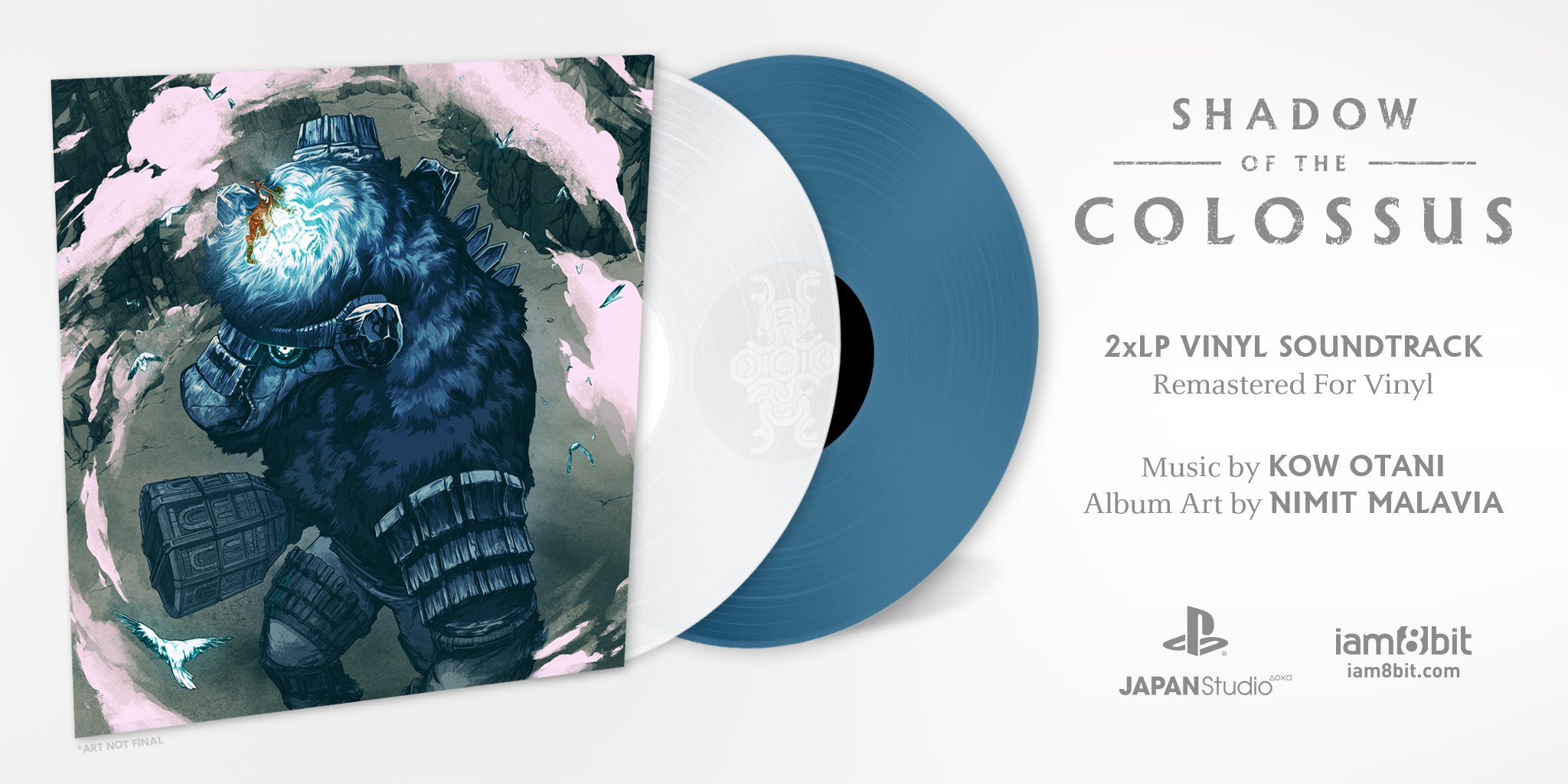 The remastered 2xLP soundtrack, which comes in a pair of translucent white and blue vinyl, features a total of 35 tracks by composer Kow Otani. The soundtrack is currently priced at $40 and is up for pre-order right now. It’s expected to ship sometime in Q2 of this year. Shadow of the Colossus for PS4 releases next month, February 6.