Intelligent Systems will be releasing some fun bits of March merch in the form of colorful, clear pouches, each featuring a row of character sprites from one of the four houses of, uh, Fire Emblem: Three Houses. Each set of pouches, one larger than the other, bears the corresponding color of its house, and looks suitable for small accessories, several Switch cartridges (if you’re into letting them slide loosely over on another, you maniac), a small collection of Spanish doubloons, or what have you. 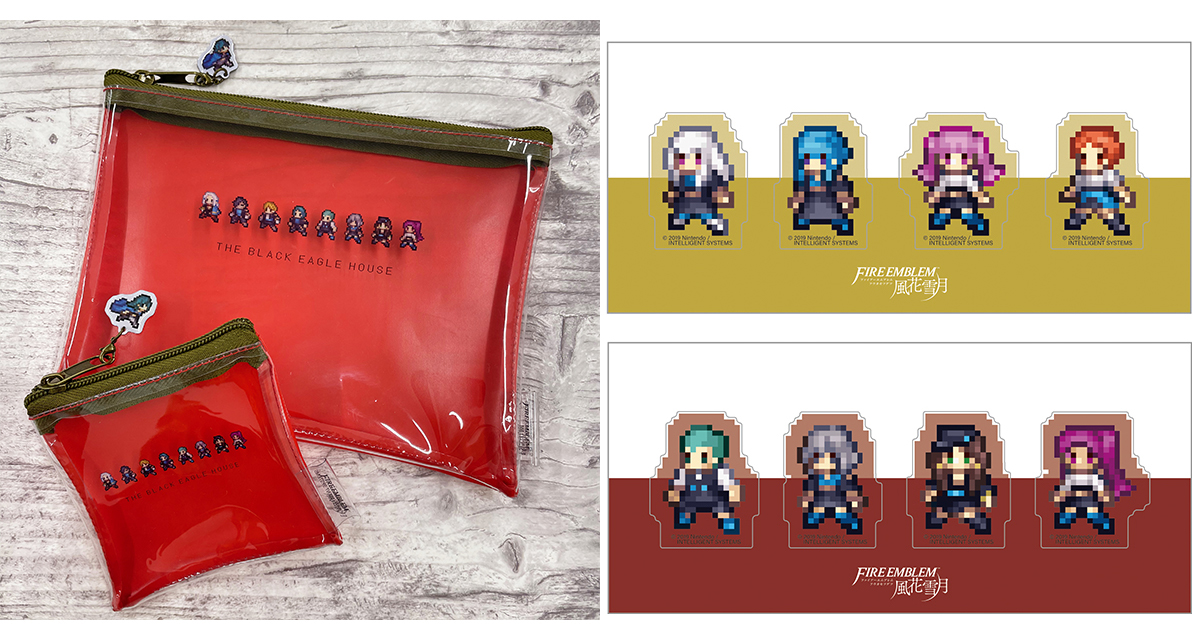 Also releasing are character sprite clips in sets of 4, with two sets per house, excepting the Ashen Wolves house. The merch is, so far, only announced for Japan, with the pouches going for ¥2,500, or a bit more than $24 American, and each clip set for ¥1,300, or, roughly, $13. Check them out on the Intelligence Systems Merch Store.