The second Sonic title to come out in 2017 has a release date, Sega revealed earlier today. The 3D rendition of the blue blur will be available across Xbox One, PS4, PC & Switch on November 7. To coincide with today’s announcement, the developer-publisher has also revealed the game’s Bonus Edition which will be available for all console platforms. Below is the PS4 version. 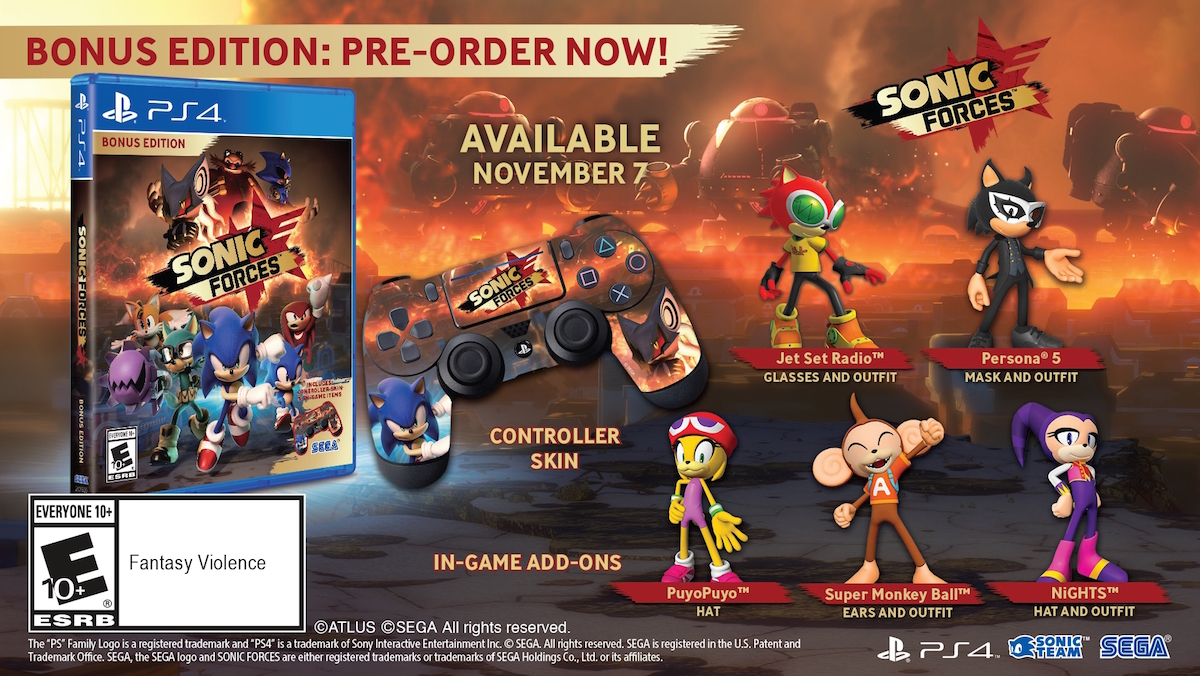 The Bonus edition comes bundled with a custom controller skin as well as a series of in-game cosmetics for the custom hero character players can create to use alongside Classic and Modern Sonic — all themed around the protagonists of well-known Sega licenses and properties, including Atlus’ own main protagonist from Persona 5 a la the Phantom Thieves outfit (Atlus is of course a subsidiary of Sega). You can find the Xbox One & Nintendo Switch variants below. 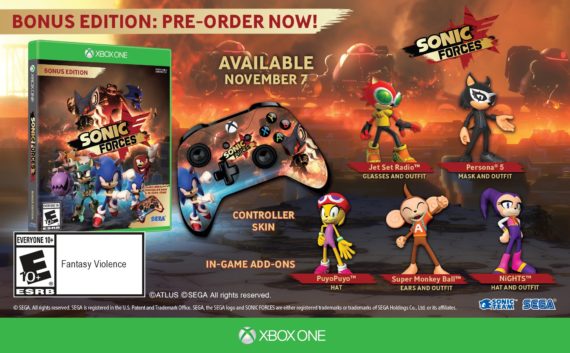 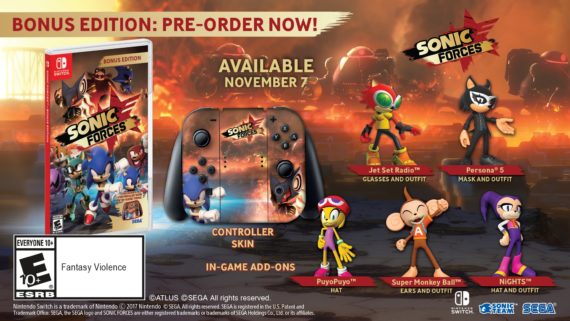 Sonic Forces sees the return of Generations’ gameplay split between fast 3D running-and-jumping as Modern Sonic with Classic Sonic pitted in 2.5D-styled iterations that harken to the original trilogy on the Sega Genesis/Megadrive. Of course, if you want a more vintage and near-perfect homage, you can read up on our review of Sonic’s latest entry, Sonic Mania, right here.