Prior to their E3 conference, Square Enix have revealed that a special pre-E3 livestream for everything Deus Ex will be broadcast via Twitch. Posting on Twitter with the accompanying image (below), the broadcast will feature new gameplay from the upcoming Deus Ex: Mankind Divided, as well as a sneak peak on what’s described as the series’ “new projects” that remain set in the Deus Ex Universe. 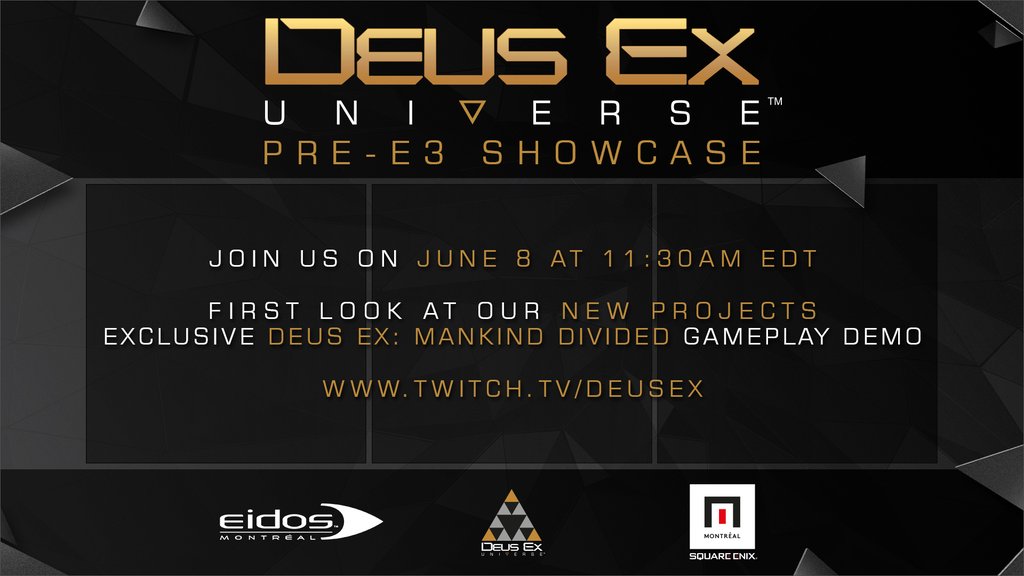 While nothing has been hinted at, don’t be surprised to find a mobile spin-off or two to come out of next week’s stream. Personally, here’s hoping we can finally get the fan-favorite and long-awaited remaster of Invisible War…right? You can catch the Deus Ex Universe broadcast next Wednesday June 8 at 11:30am EDT (8:30am Pacific Time; 4:30pm GMT). Deus Ex: Mankind Divided will launch August 23 on PS4, Xbox One & PC.