Raw Fury and developers Massive Damage impressed many with the first impressions of their roguelike tactical RPG, Star Renegades. And thankfully, those same people were just as impressed when the game came out earlier this month. So impressed, in fact, that there was enough praise for an Accolades trailer, which you can check out below. In between various quotes, we also get to see a lot of game’s outstanding pixel art and combat, showing off just how action-packed the journey of your ragtag group of renegades can get as they take down the evil Imperium.

However, if you still demand more from Star Renegades, the Massive Damage has you covered. Unveiling a post-launch roadmap (which you can check out below), we get to get a glimpse as to what lies ahead for the game’s near future. Fall 2020 sees the addition of the Dragoon class to the renegades (and progenies, combos, and relationships to go with it), new armory upgrades, and general enhancements. The Winter of 2020 brings new enemies, a whole new planet to explore, new droid upgrades, custom game options, additional language support, and more general enhancements. Then 2021 sees more renegades, enemies, planets, and gear in general to play with, now with daily challenges, side quests, and enhancements to the adversary system. Star Renegades is available now on PC, with Switch, PS4, and XB1 versions due later this year, hopefully just in time for the start of all these new additions. 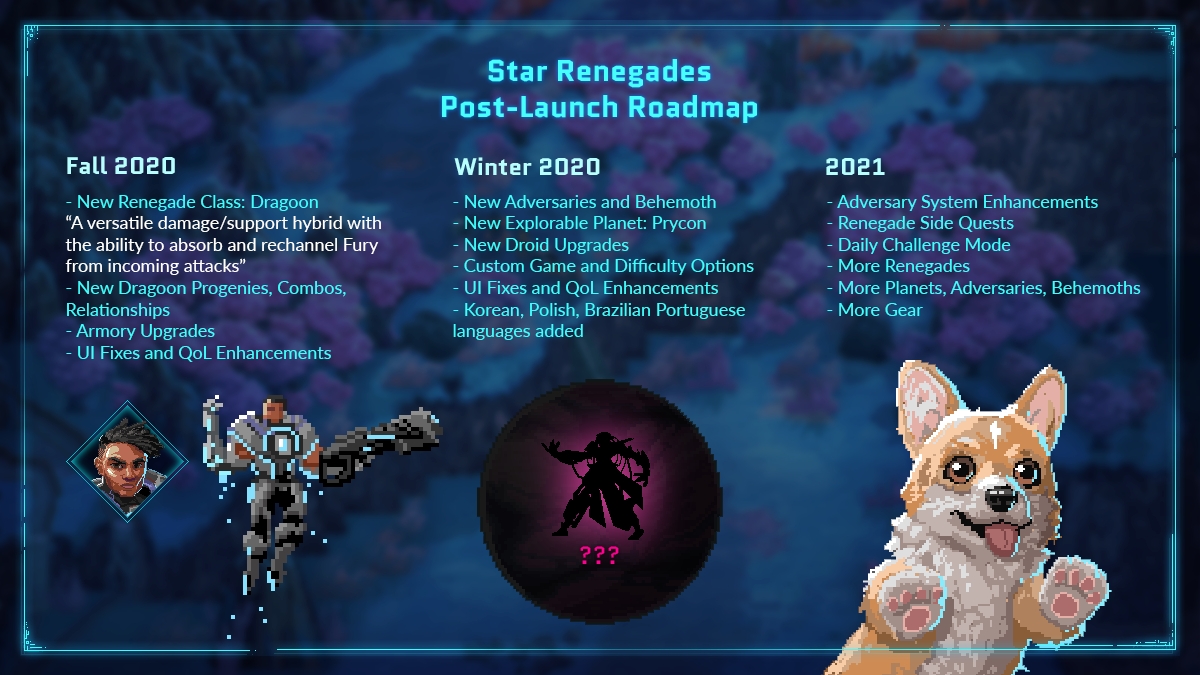