The long running Star Trek Online owes a huge debt to its popularity to the reliable quarterly updates that are doled out for free for the free to play title. That much is a given. Still, it feels weird to be writing about the imminent release of this latest expansion, Season 13-Escalation. One has to remember that this game has been around for awhile, but man, I don’t think I will ever catch up…

Anyways, this newest update, which is set to release for PC on April 25 sees captains continuing their alliance with the Lukari. Their war with the Tzenkethi continues, and the Federation has chosen a side, assisting the Lukari with the Tzenkethi threat while helping them discover their origins as a species. 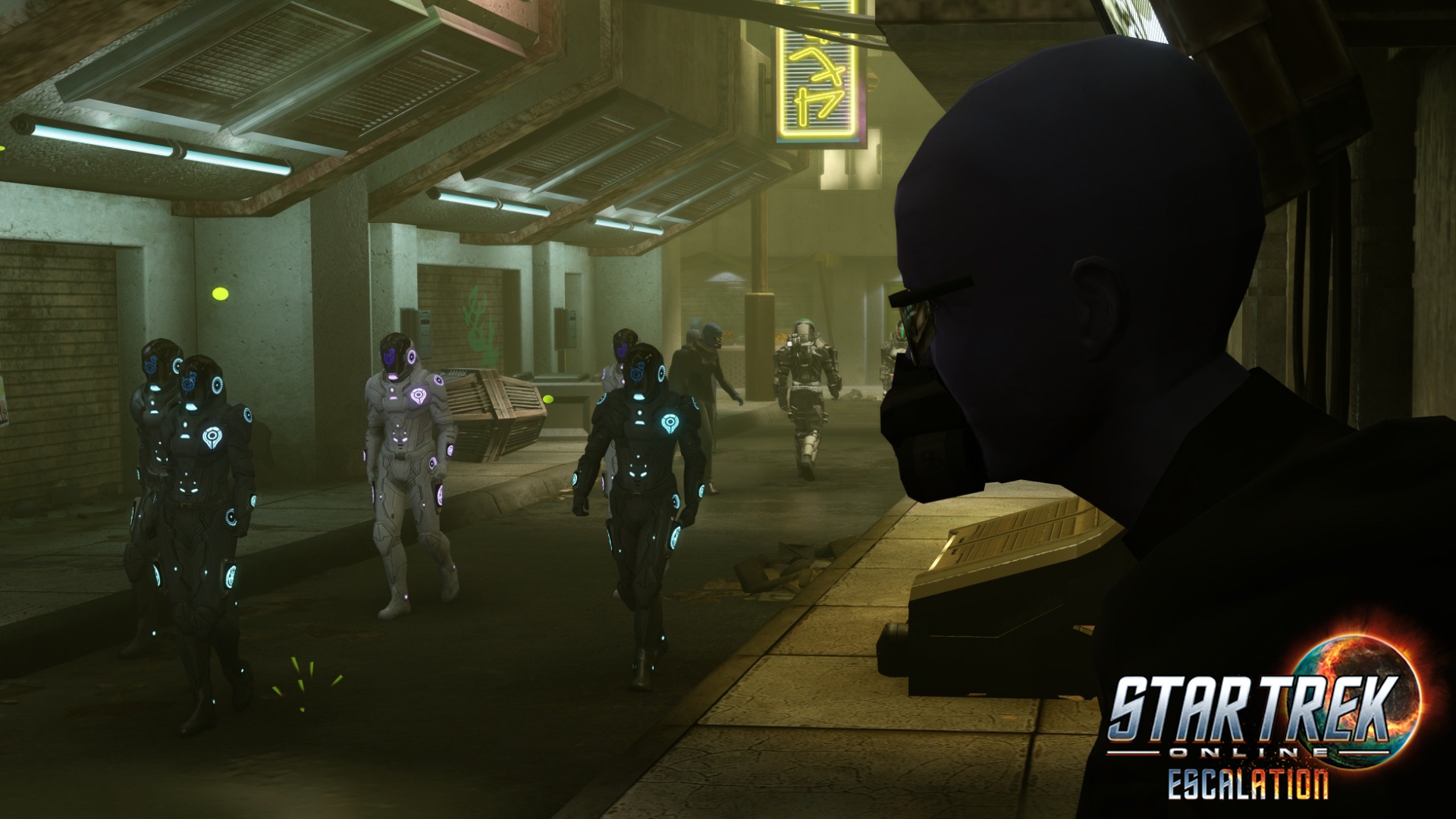 While fresh story elements are always great news, the biggest addition to the game comes in the form of the new War Games system. Players will team up in groups of five and compete against other teams in PvE scenarios. I personally love this idea, melding the cooperative element of PvE with the bragging rights of PvP. This system will have a new reputation attached as well as award class specific ships and captain gear. Players will also receive a Player Potential score to assist with matchmaking, allowing teams of equivalent skill levels to square off fairly. Cryptic has always kept things balanced in my opinion, as I have been able to hold my own in their competitive modes, but the STO team is also going to be doing some minor rebalancing to ensure that each class will remain useful.

All in all, this appears to be a solid addition to the game, with a new story and a brand new mode that sounds rather engrossing. Of course, since I like to play this on on my PS4, the wait will be longer for me. Fortunately, Season 12 is landing on April 18, so I’ll still be busy.