One of the biggest licenses of the last few years is Stranger Things, and if this was 1995 we’d probably be flipping be flipping a ball around a table covered in bikes and demogorgons by now.  While the tail end of 2019 is a very different period, this time it simply means that it’s coming along slowly thanks to a good selection of unique features decorating the playfield.  Stern today officially announced the pending release of Stranger Things, a fully licensed pinball table based on the first two seasons of the Netflix show, and it’s looking absolutely gorgeous. 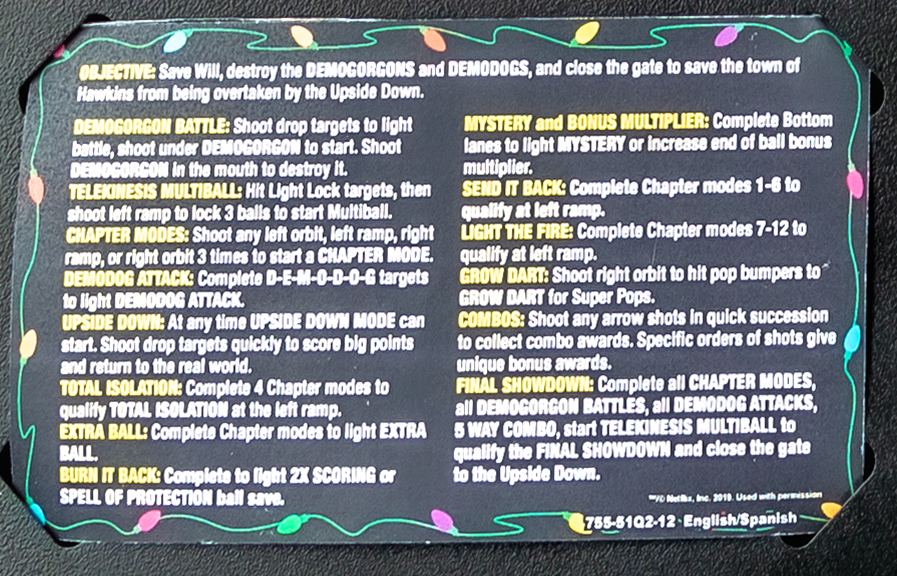 A close-up look at the rules from the gigantic image of the playfield. The Upside Down mode is particularly interesting, being an apparently-random event requiring you to hit certain targets to return to the real world.

As is standard for Stern, there will be three different version of the Stranger Things pinball up for sale.  The Pro version is the relatively cheap one, short on a few showstopper features to keep the price down, while Premium and Limited are fancier and more expensive.  The three versions feature different cabinet and backglass art, although all three feature an identical playfield.  All three versions also come with a set of drop targets in the center that, when hit, flip down what had been a screen but is now a ramp, leading right to a shot square in the teeth-petaled face of a demogorgon.  The difference with this feature between Pro and Premium/LE is that on the latter two versions the screen is illuminated with scenes from the show by a tiny hidden projector, a first of its kind feature in a pinball table.  Premium/LE also get a fancy multiball collection method, where Eleven holds the balls in place on the backboard thanks to a combination of incredible psychic powers and a helpful magnet.  As for the rest of the board, it’s got the standard fan-style layout, with targets and ramps designed around the placement of the two-flipper setup.  This should make for a nice, fast game, spiced up nicely by its feature-set and theme.  Stranger Things and pinball are perfect for each other, and this new table looks to be just about as nice a fusion of the two as one could hope for. 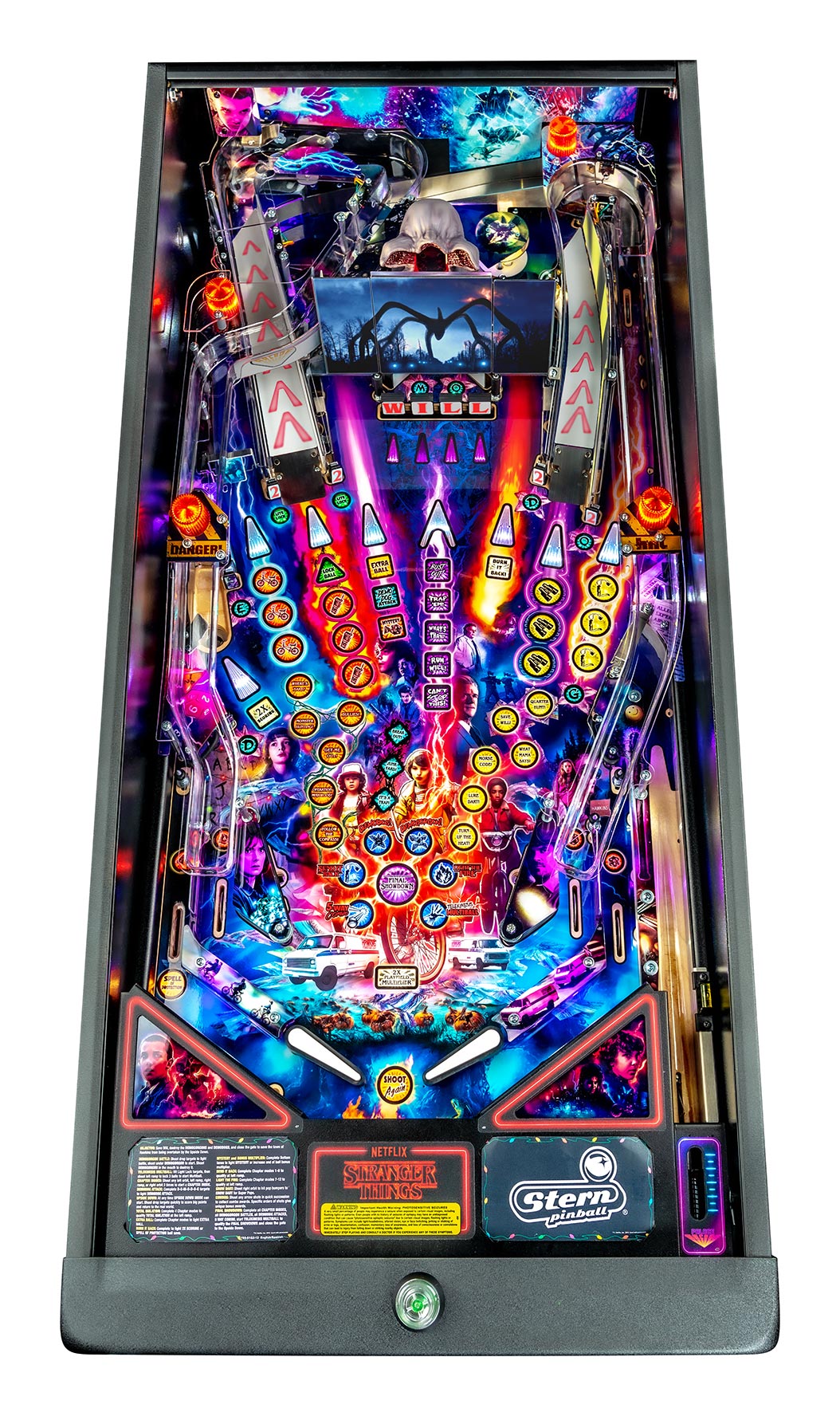