Though there hasn’t been an official release date announced quite yet for Street Fighter V, you can bet an announcement is probably about to happen at PAX East this weekend, and if it doesn’t, it means somebody just screwed up. In a post about PAX merchandise on Capcom’s official blog, Senior Community & Online Specialist Greg Moore makes direct mention of when the game is coming out (emphasis added):

Everyone is fired up for Street Fighter V coming to the PS4 and PC next Spring. Until then, you can sport the official SFV key art T-shirt, which features Ryu in a heroic pose, for $25.

There has been no mention of a date prior to this, but Capcom has been ramping up the marketing on the game, so it seems likely that this release window is the real deal and is just a slip-up on Capcom’s part. 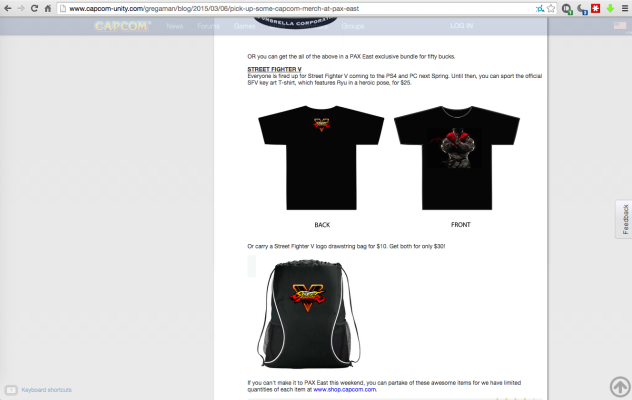