There are a few things Game of Thrones is known for: nudity, politics, murder, nudity, betrayal, dragons, nudity and, apparently, Ironwoods. Can you guess which one the company decided to share with us common folk? Here’s a hint: it’s stiff, strong and as old as the realm itself.

No, it’s not the nudity you twisted bastard. It’s Ironwoods, the trees that decorate the Northern Westeros. And that’s pretty much all Telltale was willing to share. What could it mean? Why are Ironwoods important enough to be featured in a teaser image? Who do they kill? Will they be nude at some point throughout the adventure?

Check out the image and let us know if you’ve deciphered the message in the comments below: 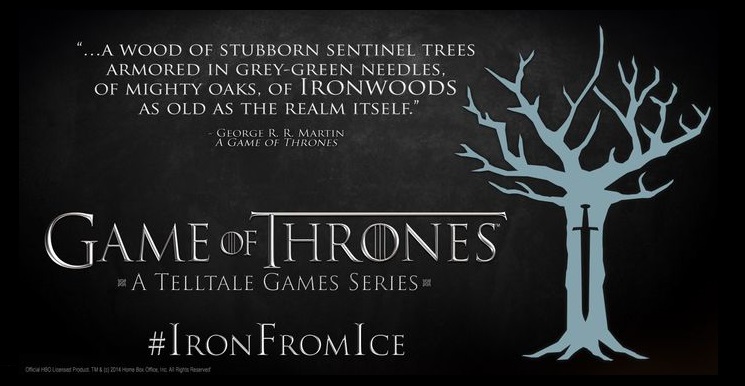