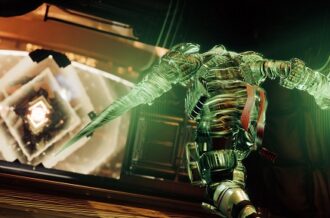 Tetris 99 might’ve been onto something. As surprising as it was back in 2019 for Nintendo to unveil that a classic, non-shooter focused series would be entering the Battle Royale space, it’s more surprising that the formula actually worked. And extremely well at that. So well, that further classic games from the past would follow-suit; Bandai Namco’s famed yellow mascot, Pac-Man, getting his own Battle Royale spin-off shortly thereafter. And it would seem that reinvention of past great’s, has now turned to Taito’s own block-breaking title, Arkanoid. A new entry, Arkanoid Eternal Battle, properly unveiled today after being teased in November of last year.

And while the game comes with four separate modes to indulge in, there’s no doubting the stand-out feature is the game’s take on Battle Royale. A 25-player online competitive mode that features cross-play, in which acquiring power-up’s and aiming for the high score are the route to success and knocking opponents out of the game. Other modes include a modern-day interpretation of the single-player campaign, a retro throwback that features the original 1986 release and a Versus mode focused on local co-op up to four players. Arkanoid Eternal Battle releases across PS5, PS4, Xbox Series X/S, Xbox One, Switch & PC in October of this year.