Looking for a way to celebrate The Legend of Zelda’s thirtieth anniversary? How about picking up a vinyl release of The Legend of Zelda: Ocarina of Time’s soundtrack? Yes, this is really happening thanks to a collaboration between Materia Collective and iam8bit. 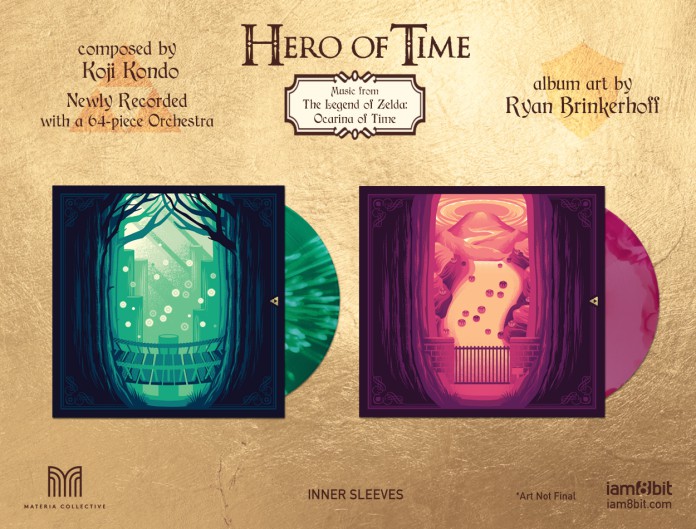 The folks at iam8bit will soon be releasing “Hero of Time” on their storefront which takes classic Ocarina of Time tracks composed by Koji Kondo and gives them the 64-piece orchestra treatment. Not only does the songlist promise to be stunning, but the vinyl itself is set to stand out. 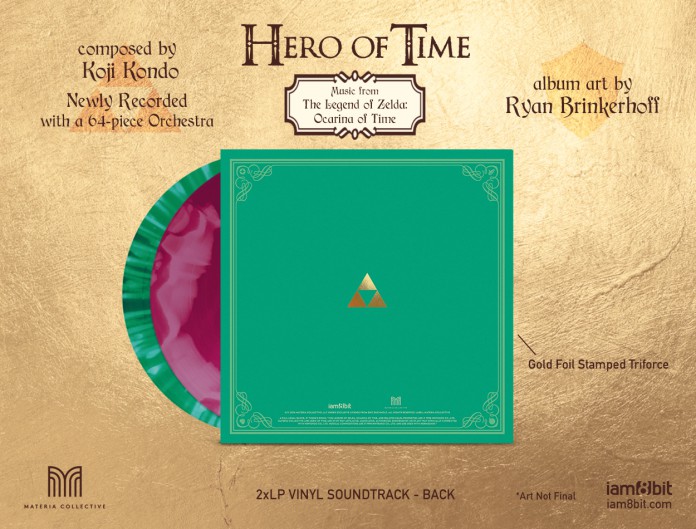 This 2xLP soundtrack offers some gorgeous gatefold artwork, 180-gram colored vinyl, a diecut Ocarina window on the cover, as well as a Triforce gold foil stamping. You’ll be able to pre-order this orchestral version of Ocarina of Time’s soundtrack on December 9 at 10:00 AM PT via iam8bit for $40. Expect to see this one ship in the second quarter of 2017. If you’d rather just get a digital copy of the soundtrack, then that’ll be available from Materia Collective. 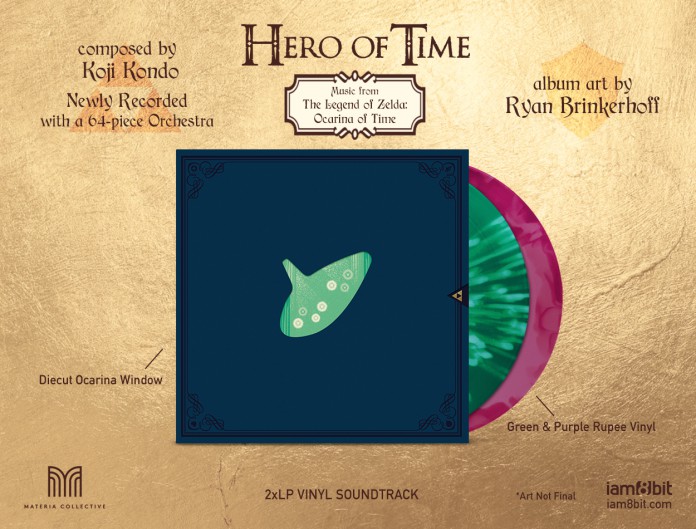