Star Wars: The Old Republic is getting ready to introduce their biggest event yet. The Dark vs. Light Event will unite the galaxy in one way or another.

Players aren’t strangers to events in their Star Wars MMO. Bioware usually rotates a series of events they’ve created over the game’s 4+ year lifespan, but The Dark vs. Light Event is arguably the largest one they’ve developed. It starts on June 28 and hopefully stays around for a while because some of the carrots could take hundreds of hours to achieve.

Luckily for those not quite ready to sink days and days into The Old Republic, the Light vs. Dark Event will have several tiered rewards so that many players will be able to attain at least something. Each tier will involve a player creating a new character and leveling it up to a certain level as well as completing milestones in game. Two of the rewards that stick out include an armor set that grants bonus XP and an exclusive companion.

The Dark vs. Light Event begins on June 28. Bioware has not announced a cut off time. Visit their promotional page and official blog to learn exactly what challenges await. 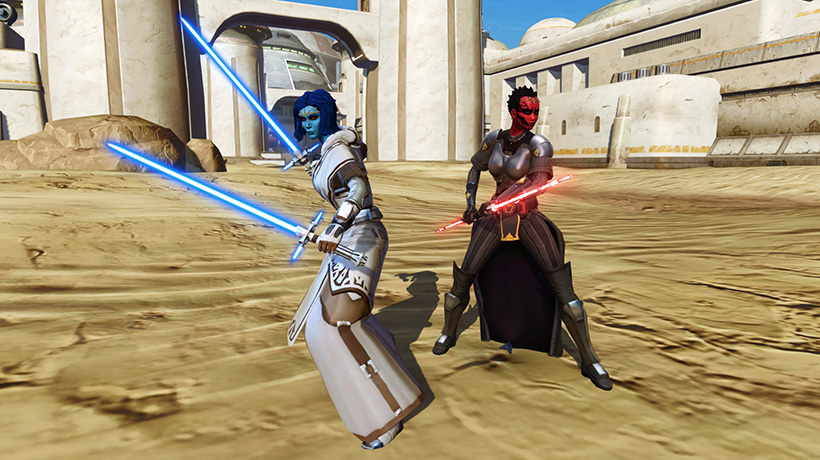