We all remember when CD Projekt RED announced that The Witcher 3: Wild Hunt was going to be offering  16 DLC pieces of free content.  We opened our copies and received the most for our money with stickers, a map, a compendium and the DLC that came along with a nice message from the developers.  Though the time has come for those DLC to end, it doesn’t mean that the last one will be short of awesome.

It was announced today through The Witcher’s Twitter and Facebook page that the final DLC will be a New Game+ mode.  While it wasn’t announced when this will be released, the posts did say, “won’t happen this week, we still need a bit more time to finish it,” coupled with the teaser image below: 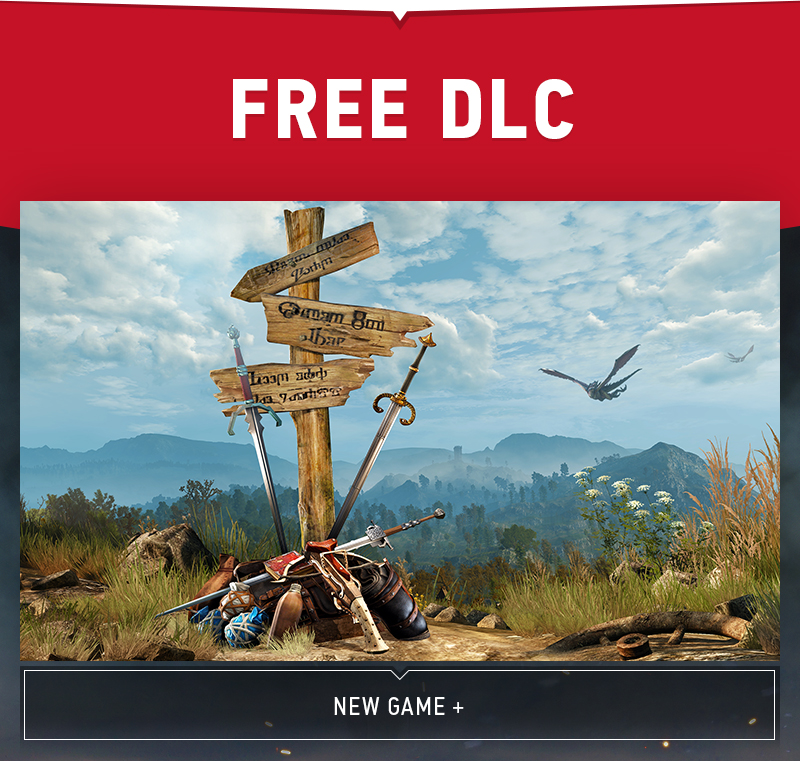 Players will finally be able to start the game again, if they even finished it the first time around, with the new content provided by the sixteenth DLC.  Previous DLC includes alternate hairstyles, armor pieces, and weapons for both Geralt and Yennefer as well as armor for Geralt’s horse, Roach.  No news has been released yet about what is included but typically, the New Game+ mode allows players to restart the game using all the weapons, armor, and experience from the previous playthrough.

Looking forward, if you still have not quenched your thirst for The Witcher content, the season pass for the two paid DLC is available to purchase now.  The first paid DLC, Hearts of Stone, will be released sometime in October while the second paid DLC, Blood and Wine, is scheduled for sometime during the first quarter of 2016.  The paid DLC is currently available at $24.99 USD across all platforms.