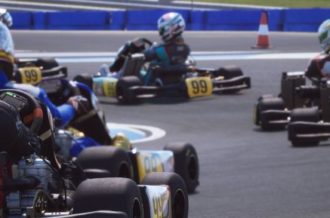 Square Enix revealed a bit more about the highly anticipated Trials of Mana in their new trailer, this one shedding some light on the heroes Duran and Angela. Motivated by revenge against the Crimson Wizard, Duran is a hot-headed soldier from the kingdom of Valsena. Angela is the princess of Altena and is prone to seek attention by acting out as she suffocates under the crushing weight of living in the queen’s shadow. The four remaining playable heroes, Hawkeye, Riez, Kevin and Charlotte will all be featured in future trailers.

Trials of Mana tells the story of six heroes who battle against evil forces in a world where Mana has weakened. This title was originally released as Seiken Densetu 3 in 1995 but never saw a release outside of Japan until earlier this year in the Collection of Mana on Nintendo Switch. Trials of Mana is receiving the full high definition remake treatment, much like Secret of Mana did in 2018, and will be released on Switch, PlayStation 4 and Steam on April 24, 2020. Anyone who purchases Trials of Mana by May 21 on all platforms will receive the Rabite Adornment DLC which will grant an experience point boost up until level ten. Preorders for the digital version from the PlayStation Store will include an exclusive avatar set featuring the games six heroes and anyone purchasing the game on Steam by May 21 will also receive an exclusive wallpaper set.